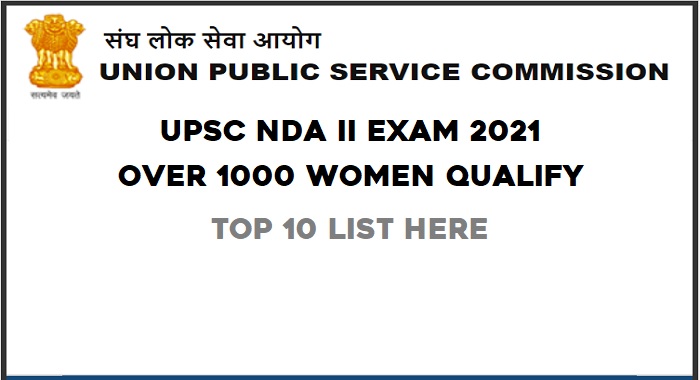 New Delhi, 22 December 2021 – The Union Public Service Commission (UPSC) has released the results for the National Defence Academy II (NDA II) 2021 exam. As per the released result, over 8000 candidates have qualified the entrance exam. Among these, more than 1000 female aspirants have made it to the second round of the selection process – the Services Selection Board (SSB) interview.

The commission has also released the list of female aspirants who have made it into the top 10 list across the country. Other candidates can check their results by visiting UPSC’s official website. This is not the final result for UPSC NDA II exam but shows the number of applicants who have made it into the SSB round. UPSC will release the final results after SSB interviews have taken place.

Candidates who have qualified the entrance exam are eligible to appear in the interview round that will be conducted by the Services Selection Board of the Ministry of Defence. Aspirants who are selected in the SSB round will begin their academic year from 2 July 2022.