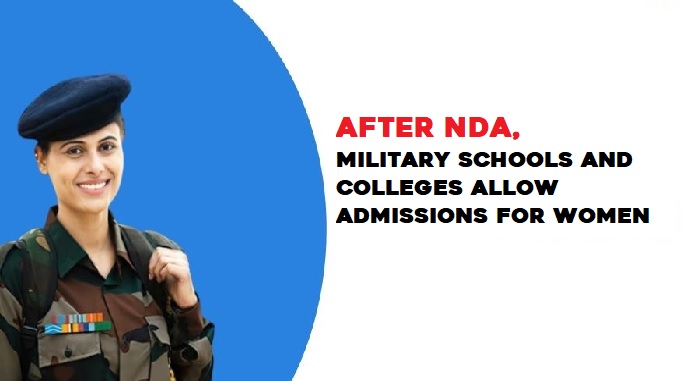 New Delhi, 7 October 2021 – The central government has granted women entry into Indian military schools and colleges. This decision comes less than a month after the move of allowing women to sit for the National Defense Academy (NDA) entrance exam.

Till now, the Rashtriya Military Schools (RMS) and the Rashtriya Indian Military College (RIMC) only allowed boys to join, much like the NDA. However, the government has now allowed girls to get admissions in these institutions for the armed forces. Women can now appear for the upcoming RIMC examination on December 18, 2021 for the June 2022 academic session. The Centre is also directed to issue fresh advertisements in this regard.

The government, in an affidavit, stated that it will start by inducting girls in two phases:

The Additional Solicitor General, Aishwarya Bhati, informed the bench consisting of Justice SK Kaul and Justice MM Sundresh that preparations for the upcoming December 18, 2021 exam were already at an advanced stage. Therefore, she sought the court’s permission to allow for the induction of female candidates in RIMC to begin from January 2023 instead of June 2022.

However, the bench refused the contention stating that, “You are effectively postponing everything, why do you want to postpone for a year? You will have 6 months.” ASG Bhati then pointed out, “Exam process today is at an advanced stage, there are difficulties.” To this, Justice Kaul responded, “We are not saying that there are no difficulties..just take one step more“, putting an end to the argument.