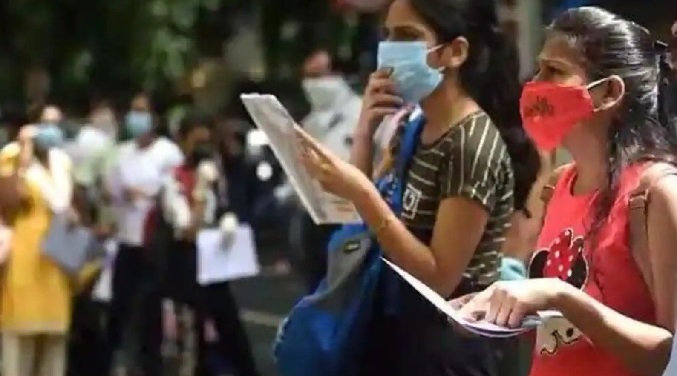 15 December 2021 – The National Defence Academy (NDA) has received more than 1 lakh 77 thousand applications from women around the country for the NDA II 2021 Exam, conducted under the Union Public Service Commission (UPSC). As per the Minister of State for Defence, Ajay Bhatt, more than 5,75,850 candidates put in their applications out of which 1,77,654 were women.

In August 2021, the Supreme Court ordered the Centre to allow women candidates to appear for the National Defence Academy (NDA) entrance exam, stating that “gender equality issues cannot be postponed”.

To this mandate, the Centre complied by allowing women to apply for NDA. The Minister of State for Defence, Ajay Bhatt, further stated that ”Medical standards (for the NDA II exam) have been notified in the UPSC notification. Physical standards will be finalised before commencement of training. There were no restrictions on the number of female applicants who could apply for the 2021 National Defence Academy examination.”

The decision to allow women for the exam came when the Supreme Court (the bench consisting of Justice SK Kaul and Justice MM Sundresh) asked the Centre to allow women candidates to appear for the NDA exam.

The top court rejected the government’s request for delay in admissions and said, “Women must be allowed to take the November 2021 exams. Cannot defer for one year. Medical standards should be tentatively notified.”

After the declaration of results for the NDA II 2021 exam, UPSC will prepare a list of candidates who have obtained the minimum qualifying marks in the written examination. These candidates will be required to appear before a Services Selection Board (SSB) for their Intelligence and Personality Test.

“SSB interview for the candidates qualified in the written examination is likely to be held during the months of January 2022 to April 2022 or as suitable to the Recruiting Directorate,” reads the official notification by UPSC.

Note: All candidates called for the SSB interview are required to carry their original matriculation certificate to the Service Selection Board (SSB) along with other educational and identity documents.