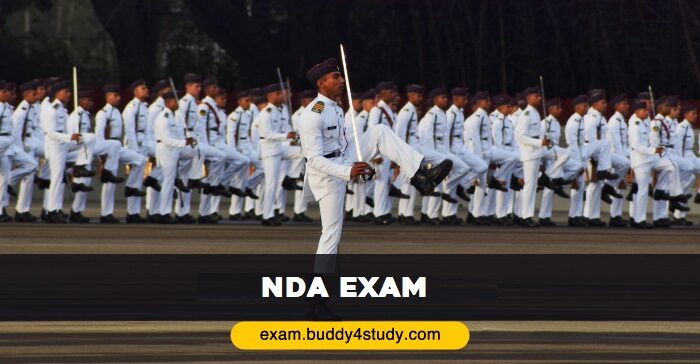 National Defense Academy Exam is conducted for admission to Army, Navy and Air Force wings of NDA and Indian Naval Academy Course (INAC). It is conducted by the Union Public Service Commission (UPSC). The exam is conducted twice a year, in two stages – written exam and SSB interview. Around 4 lakh aspirants sit for the exam every year, out of which approximately 6000 are called for SSB interview. Service Selection Board or SSB is the body that schedules, organizes and conducts the interview of the candidates applying for Indian Military Forces. The interview is a five-days-long procedure which includes two stages of testing – stage I & stage II.

Before knowing about the NDA 2021 exam in detail, check out the current updates.

Latest: Union Minister Jitendra Singh confirmed that the postponed exam dates of UPSC Exams will be decided after assessing the COVID-19 Lockdown situation as on 3rd May 2020. NDA (II) exam notification will be posted on June 10, 2020. SSB interview and July NDA joining might get delayed too.

In the wake of the coronavirus outbreak, the Indian Air Force cancelled all the SSB interviews planned from March 23rd onwards at Air Force Selection Boards till further orders.

NDA Admit Cards were to be released soon

Withdrawal of any online application until Feb 11th was permitted

NDA exam is conducted by UPSC and it takes place 2 times a year. The exam comprises a written test and SSB interview. The exam mode is offline and it takes 5 hours to complete the test.

The table below shows the dates and brief details on every part of the NDA 1 exam.

Written test comprises two sections – Mathematics and General Ability Test (GAT). The total marks for the written exam is 900 marks and applicants who secure the minimum qualifying marks are called for an SSB interview that includes psychological aptitude and intelligence.

The table includes details on the NDA exam pattern like subjects to study, time duration, number of questions and total marks.

There is no deduction in marks for the unanswered questions.

This interview is divided into 2 stages:

In the second stage, the applicants who pass the stage 1 test have to pass group discussion (GD) round. This round will test the following:

After you pass both the stages, there will be a personal interview and conference before concluding the test.

Generally, UPSC releases admit cards in March but due to the coronavirus outbreak, the admit card date will be announced at a later date. Applicants can download NDA admit cards until the day of exam. The hard copy is not sent to candidates by post.

Here, we have given general steps to check your admit card and download it.

NDA scorecard gets ready in 15 days from the declaration of the results  This contains the following parts:

What is the grading system?

Once you have passed NDA (1) Stage 1 test, you will be invited for an SSB interview and if you pass that too, a merit list is prepared by UPSC based on total marks secured by candidates in the written exam and SSB Interview. Final admission to posts in Army, Navy and Air Force is based on the number of vacancies subject to candidates eligibility, fitness and merit preference.

Last year, the NDA (Written test and SSB interview) cut off was 704 marks which combined both. The final cut off in the written test is based on total marks of 900. Candidates who achieved a final cut off of 700 out of 1800 got allocated a post in services – Army,Navy, Air Forces, and Naval Academy.

418 vacancies have been announced for NDA recruitment in 2020. Out of the total seats, 370 will be allocated for the National Defence Academy while 48 are for Naval Academy (10+2 Cadet Entry Scheme).

Only male candidates (unmarried) are eligible to apply for the NDA admission tests.

Q. How are the exam centres allotted to NDA candidates?

It is based on a first apply-first allot basis.

Q. When does the NDA admit card release?

Generally, admit cards are released one week prior to the exam.

Q. What are the qualifications required for the NDA exam and what’s the application fee for the test?

Aspirants should have passed class 12 exam and they will have to pay Rs. 100 for the application.