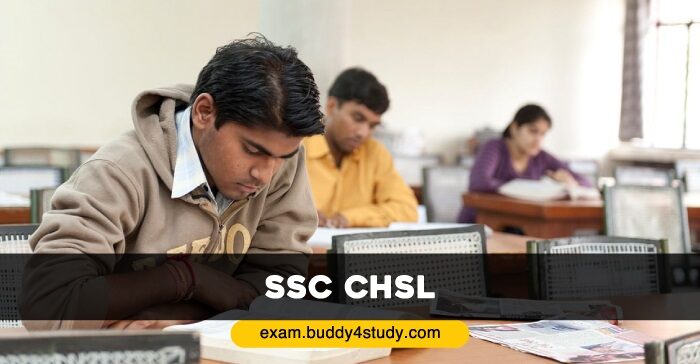 Candidates who have passed the 10+2 level examination fulfil the basic qualification criteria to appear for the SSC CHSL 2022 exam for 4893 posts at various levels.

The SSC CHSL exam 2022 includes three tiers (out of which some shifts of Tier – 1 are yet to be held). Candidates have to qualify all three tiers of SSC CHSL for successful recruitment.

Read this article to gain insightful information on SSC CHSL 2022.

Missing any deadline can lead to non-consideration of the candidature for the recruitment process. The table below mentions the important dates of SSC CHSL 2022.

*Exact dates will be published in due time

SSC CHSL is one of the most desirable exams amongst the government job seekers due to its high pay scale right after the completion of class 12th. The SSC CHSL pay scale for different posts is given below.

Candidates are required to fulfil the SSC CHSL eligibility criteria for taking the recruitment exam. Any candidate who is found ineligible at any stage of the SSC CHSL will be debarred by the commission.

The eligibility criteria for SSC CHSL is as follows:

Candidates who possess a nationality/citizenship as per the following criteria are eligible for the SSC CHSL recruitment exam:

Note – Candidates under point no. 3 must hold an eligibility certificate issued by the Government of India.

The commission hasn’t put any restriction on minimum marks. However, candidates must attain passing marks in all the subjects.

For initiating the second part of SSC CHSL form, candidates need to log in again using their registration ID and password

What is the Application Form Fee for SSC CHSL 2022?

The application fee will be non-refundable in nature. However, some categories of candidates are exempted from payment of application form fees. These are:

The Staff Selection Commission has allocated 9 regional offices. Based on the exam centre preference during application form submission, candidates are required to visit the regional SSC official website and download the admit card. The commission will issue a separate SSC CHSL hall ticket 2022 for Tier I, II and III exams. Candidates are required to enter their login credentials such as roll number, registration number, mobile number, etc. for downloading the SSC CHSL admit card.

While filling out the online application form, candidates are required to choose the exam centre preferences for taking the SSC CHSL. The exam centres are also divided into nine regions. The table below mentions the region-wise exam cities available for SSC CHSL 2022.

The Staff Selection Commission has determined different exam patterns for all three tiers of SSC CHSL. It is suggested to plan your preparation in accordance with the SSC CHSL paper pattern mentioned below.

Section Wise Distribution of Questions and Marks – Tier I exam

Other than the exam pattern, candidates must also have complete knowledge of the SSC CHSL 2022 syllabus. SSC prescribes the syllabus for the Tier I exam only as it is the only exam having predefined topics.

The Staff Selection Commission will release the answer key for SSC CHSL Tier I examination soon after the completion of all the shifts. Candidates have to visit the official website of SSC (ssc.nic.in) to check the official answer key. The login credentials of candidates (registration ID and password) are used for checking the SSC CHSL answer key.

Candidates are shortlisted for the Tier III skill test/typing test and the document verification round based on their combined performance in Tier I and Tier II (a minimum score of 33% in Tier II is mandatory).

There can be instances when two or more candidates get similar aggregate scores in the SSC CHSL merit list. The resolution of a tie in such cases will be done using the chronology mentioned below:

#2 If the Tier II score is equal for both the candidates, the candidate who is older in age will be given preference

Note – Tier 3 of SSC CHSL will be qualifying in nature. Thus, no marks will be awarded for the same.

Candidates filling the application form for SSC CHSL will be competing for a total of 4893 vacancies in different departments for different posts. Check the table below to know the post-wise vacancies available under SSC CHSL.

The Staff Selection Commission has reserved some vacancies for the candidates belonging to certain categories.

Candidates have to carry the following documents as per the schedule to get themselves verified:

The Staff Selection Commission conducts SSC CHSL in three tiers. Tier I is conducted as a computer-based test whereas Tier II is a pen and paper-based test. Tier III is a skill test/typing test on the computer.

✔️ For which posts does the Staff Selection Commission conduct SSC CHSL?

✔️ How many vacancies are available under SSC CHSL?

✔️ Do I need to have a bachelor’s degree for recruitment through SSC CHSL 2022?

No. Candidates who have completed the class 12th or equivalent exam are marked eligible for recruitment through SSC CHSL. Other than the educational qualification, a candidate must be between the age bar of 18 – 27 as per SSC CHSL eligibility criteria.

✔️ Will there be any negative marking in SSC CHSL 2022?

✔️ How many attempts are allowed in the SSC CHSL?

Candidates can appear for SSC CHSL as many times as they wish to. However, the candidate must lie in the age bracket set by the Staff Selection Commission for the recruitment.

✔️ Can I take the Tier I exam of SSC CHSL in Hindi medium?

Tier I of SSC CHSL consists of a total of four sections including English language, General Awareness, General Intelligence and Quantitative Aptitude. Candidates can answer the three sections (other than English Language) in Hindi medium.

✔️ When will the commission issue the admit cards of SSC CHSL 2022 Tier I?