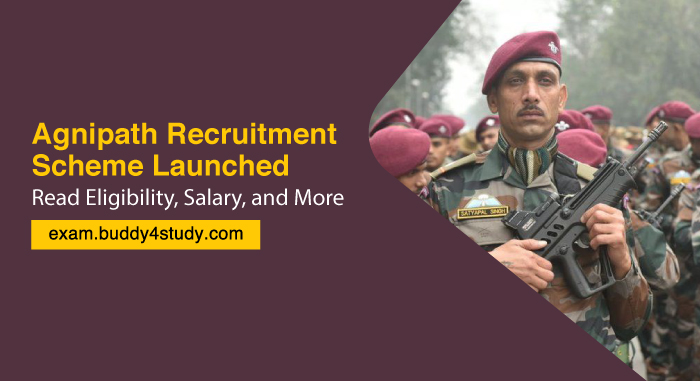 New Delhi, 1 October 2022 – The Government of India has launched the Agnipath recruitment scheme on 14 June 2022 to recruit young cadets in the Indian Armed Forces. The scheme is designed in such a way that cadets, called Agniveers, will be recruited for 4 years of service. After this, only 25% of the recruits will be retained for 15 years of permanent service. The soldiers recruited via the Agnipath scheme will get a monthly salary of INR 40,000 as well as a Seva Nidhi Package of INR 11.71 lakh upon the completion of the four-year service tenure.

Agnipath is a crafter to usher in more youthful cadets in the armed forces as the average age of Indian soldiers right now is 32 years, which the government wants to bring down to 21. The soldiers will also be made more modern, tech-savvy and well-equipped through the scheme.

On top of that, the scheme also aims to cut down on the increasing salary and pensions bills by half. Announcing the scheme, Defence Minister Rajnath Singh stated, “By slashing the ballooning salary and pension bills, which take up almost half of the annual defence budget, the government hopes to have more money for military modernisation with infusion of cutting-edge technologies. The ploughing back of skilled, disciplined, motivated and patriotic Agniveers into civil society after the four-year military service, would prove to be a great asset and a ‘win-win proposition’ for the nation”.

Note: The application portal for the scheme will soon be opened and candidates can apply by visiting the following websites:

What is the Eligibility Criteria for Agnipath Recruitment Scheme? 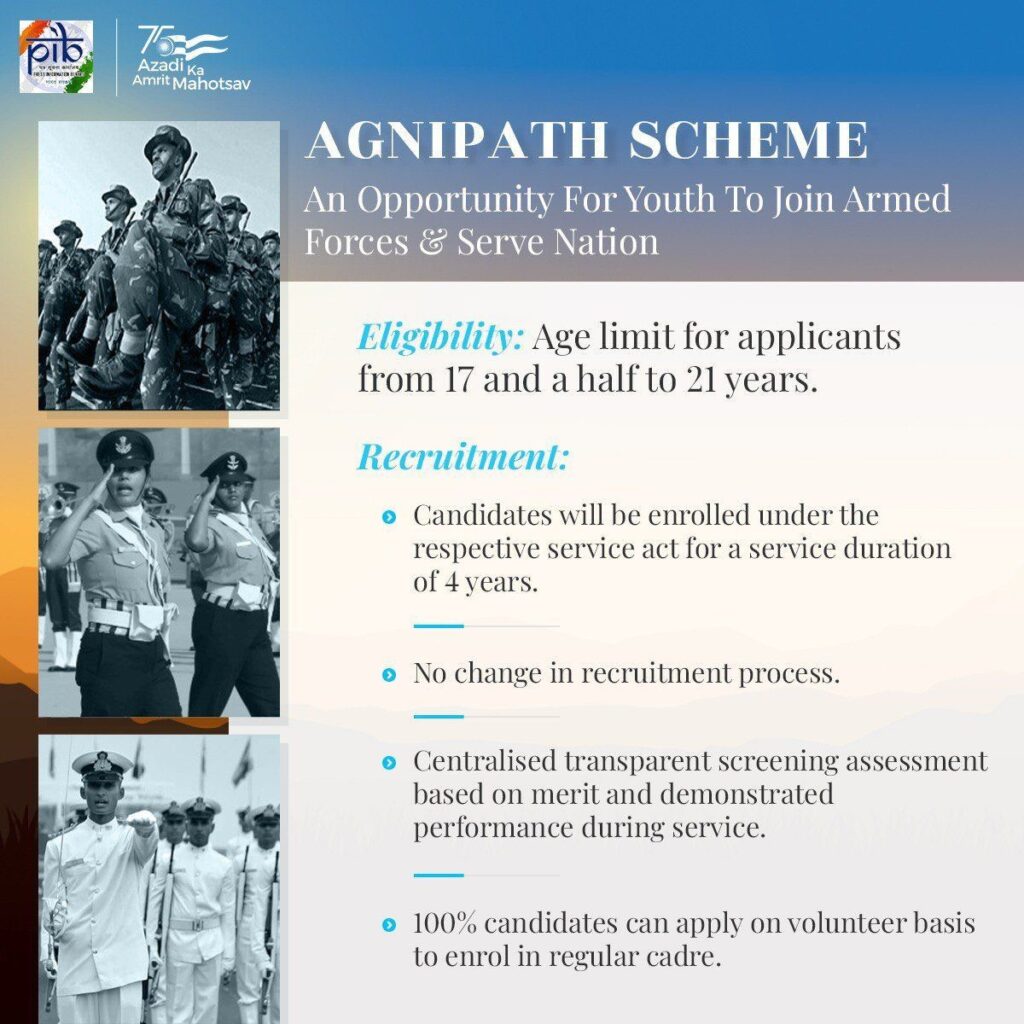 The Agnipath scheme enrollment of cadets under the Indian Armed Forces – namely Air Force, Army, and Navy – will be done through an online centralised system. Specialised rallies and campus interviews will be conducted at recognised technical institutes such as Industrial Training Institutes (ITIs) and National Skills Qualifications Framework (NFQF) institutes.

Here is the eligibility criteria required for the Agnipath scheme, as per the post and category of recruitment:

What is the Category-Wise Age Limit for Agnipath Recruitment Scheme?

The age limit for ‘Agniveers’ is as follows:

The salary of Agniveers will be increased each year. Here is a breakdown of the payscale for all Indian Armed Forces recruits through the Agnipath recruitment scheme:

The Indian Air Force opened the application portal for IAF recruitment 2022 on 24 June as per the Agnipath scheme. Candidates can apply online at agnipathvayu.cdac.in till July 5.

Now, the IAF Agnipath exam pattern has also been released along with a detailed syllabus.

The online test for IAF recruitment will be objective type and all questions will be bilingual (English & Hindi) except for the English paper. Students opting for both Science subjects and other than Science subjects will have to appear for an exam carrying four papers, while Science-only students have 3 papers and the ‘Other than Science’ category encompasses two papers only.

Note: There will be no negative marking. To learn more about IAF recruitment and how one can apply – Click Here

Here is a subject and topic-wise list for IAF Agnipath syllabus:

What is the Agnipath recruitment scheme 2022?

Agnipath is a pan-India short-term service recruitment scheme for the Indian Armed Forces. Recruits will be known as ‘Agniveers’ and will serve for 4 years in the Navy, Army, and Air Force.

Who is eligible to apply for the Agnipath recruitment process?

Candidates who have passed Class 10 and Class 12 (required as per service category) and are aged between 17.5 and 21 years can apply.

Can women apply for recruitment under the Agnipath scheme?

Women will be progressively inducted into the armed forces as per the scheme. However, for now, only men can apply.

How much salary will Agniveers get from the government?

The starting annual package will be INR 4.76 lakh, which will be increased to INR 6.92 lakh by the fourth year of service.

When can I apply for recruitment under the scheme?

The scheme was announced quite recently on 14 June 2022. Thus, the application portal has not been opened yet. That being said, the recruitment is scheduled to begin soon.