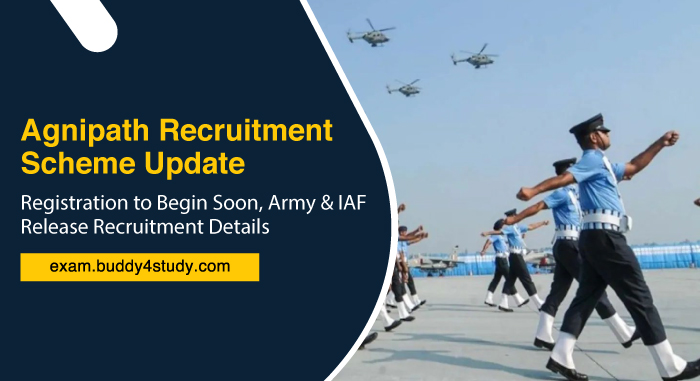 Meanwhile, due to the rampant protests against the scheme around the country, the Indian Military leadership noted that applicants will have to prove that they did not take part in any arson or protest against the scheme to get recruited. Lt General Anil Puri, the Additional Secretary of the Department of Military Affairs, noted in this regard, “The Indian Army’s foundation is discipline. There is no space for arson and vandalism. Every individual applying for the Agnipath scheme will have to give a certificate that they were not part of protests or vandalism. Police verification is 100 per cent necessary and no one can join without that.”

In other developments related to the Agnipath scheme, the Indian Navy is going to recruit women sailors through the scheme this year. This is the first time women sailors will be recruited in the Navy, which will pave the way for them to also be deployed on warships in the upcoming times.

This article will discuss all of the updates related to the scheme and will go into detail about the latest developments that candidates need to be aware of.

Addressing a joint press conference for the Indian Armed Forces, Air Marshal SK Jha noted, “Registration process for the first batch of Agniveers will start from June 24. The Phase-I online examination process would start on July 24. The first batch would be enrolled by December and training would commence by December 30.”

Additionally, the Navy Chief of Personnel, Vice Admiral Dinesh Tripathi noted in regards to the same, “From November 21 this year, the first naval ‘Agniveers’ will start reaching the training establishment INS Chilka (Odisha). Both female and male Agniveers are allowed for this.”

Here is a breakdown of the benefits for IAF recruits: 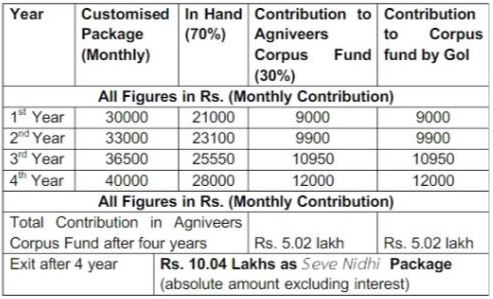 It is interesting to note that the Indian Navy will recruit women sailors for the first time through this scheme. It is still unclear what would be the exact number of women among the 3,000 naval Agniveers who will be recruited. However, the number is believed to be around 10%-20% of the first batch that will begin training at the naval establishment INS Chilka (Odisha).

The Chief of Personnel, Vice Admiral Dinesh K Tripathi, noted in this regard, “The Agnipath scheme in the Navy will be gender-neutral. As we speak, 30 women officers are sailing on board frontline warships. We have decided that the time has come to recruit women sailors as well, and in all trades which will include women who will go to sea.”

Agnipath Recruitment Scheme: Applicants Need to Prove They Weren’t a Part of Protests

As per a latest announcement by the Indian Military, aspirants will now have to prove that they were not a part of arsons and protests against the scheme to be able to get recruited.

Lt General Anil Puri, the Additional Secretary of the Department of Military Affairs, noted that “If any FIR is lodged against them [the applicants], they can’t join … They [aspirants] will be asked to write as part of the enrollment form that they were not part of the arson and their police verification will be done.”

He further added, “We had lengthy discussions on how to make our forces young. We studied foreign forces too. We want young people. Youth are risk takers, they have passion. In them, josh and hosh are in equal proportions.”

The Chairman of the Mahindra Group, Mr. Anand Mahindra, has announced that they are open to hire young people who join the Indian Armed Forces as Agniveers.

In a recent tweet, he noted, “Saddened by the violence around the #Agneepath program. When the scheme was mooted last year, I stated – and I repeat – the discipline & skills Agniveers gain will make them eminently employable. The Mahindra Group welcomes the opportunity to recruit such trained, capable young people.”

On being asked which posts will be given to Agniveers in the Mahindra Group, he replied, “Large potential for employment of Agniveers in the corporate sector. With leadership, teamwork and physical training, agniveers provide market-ready professional solutions to industry, covering the full spectrum from operations to administration & supply chain management.”

This has again brought to fore the skills acquisition guaranteed by the Agnipath recruitment scheme. As a 3-year degree course is already in development for the recruits, it will be interesting to see how the training will help them get employment in the corporate sector.

When will the Indian Army begin its applications under the scheme. Where can I apply?

The Indian Army will open the registration portal for the Agnipath recruitment process from the month of July. Candidates can apply by visiting joinindianarmy.nic.in.

When will the Indian Air Force begin its applications under the scheme. Where can I apply?

The Indian Air Force will open the registration portal for the Agnipath recruitment process from June 24 onwards. Candidates can apply by visiting careerindianairforce.cdac.in.

When will the Indian Navy begin its applications under the Agnipath scheme. Where can I apply?

The Indian Navy has stated that it will come up with its Agnipath recruitment guidelines by 25 June. After the details are out explaining the date of application, candidates can register by visiting joinindiannavy.gov.in.