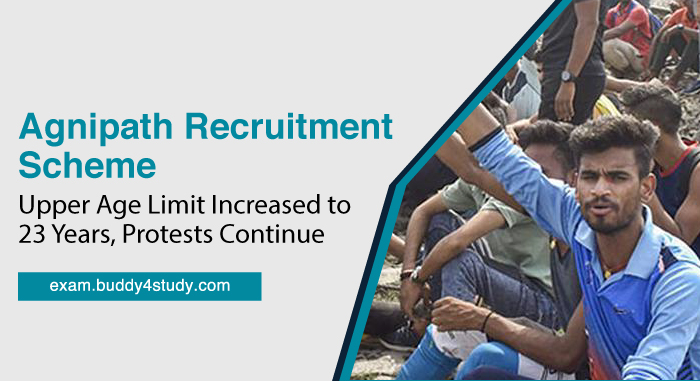 New Delhi, 17 June 2022: On Thursday, the government increased the upper age limit for the aspiring candidates to 23 years – from the original limit of 21 years – under the Agnipath recruitment scheme for the year 2022. The decision to increase the upper age limit for Agniveers has also come at the backdrop of Agnipath-related protests that have been taking place in several parts of the country.

What is the age limit to apply for the Agnipath scheme?

Enrolment will be based on an ‘All India All Class’ basis and the eligible age ranges from 17.5 to 23 years.

How much salary will be given to the Agniveers under the Agnipath scheme?

The starting annual package will be INR 4.76 lakh. This will be then increased to INR 6.92 lakh by the fourth year of service.

What is the term of service under the Agnipath scheme?