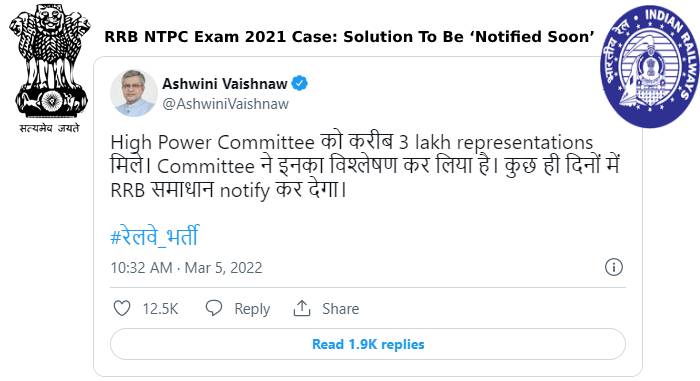 New Delhi, 07 March 2022: The Union Railway Minister, Ashwini Vaishnaw, has assured candidates to notify a solution on RRB NTPC 2021 result soon. The High Power Committee has received over 3 lakh representations and a solution will be informed after reviewing the representations in line with the protests that took place in Bihar and Uttar Pradesh against the RRBs’ Non-Technical Popular Categories exam of 2021.