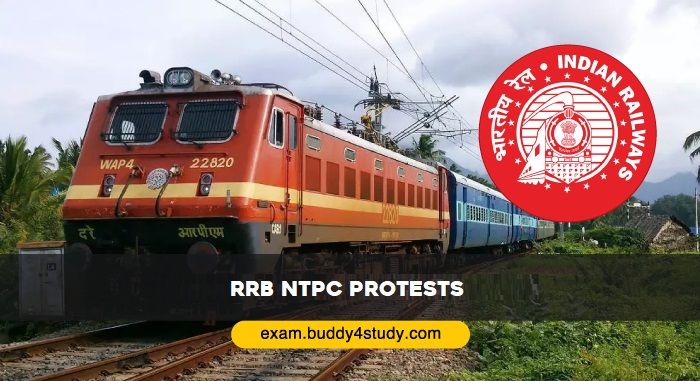 New Delhi, 28 January 2022: The Railway Recruitment Board Non-Technical Popular Categories (RRB NTPC) result has been declared for computer based test (CBT-1) on 14 January 2022. Following the declaration of the result, many students protested against the same by raising concerns over discrepancy in the examination. As per them, the same candidates have been shortlisted for various levels. Violent protests have taken place in many parts of Bihar and Uttar Pradesh against the discrepancy in RRB NTPC CBT-1 examinations. The candidates have blocked trains and have taken to stone pelting at different stations.

As a matter of fact, now, the candidates are in the process of opposing the railways’ decision to hold CBT-2 as it would prove to be unfair to those who appeared and cleared CBT-1. However, on 15 January 2022, the Ministry of Railways issued a clarification in which it said that the second stage exam was clearly mentioned in the notification.

Railways have announced NTPC results on 14.01.22.
The procedure for shortlisting of candidates for the second stage of CBT had already been given elaborately under Para 13 of original notification i.e.CEN 01/2019.#RlyNTPCResulthttps://t.co/s0xyByZ2S6 pic.twitter.com/XKAx2phiDI 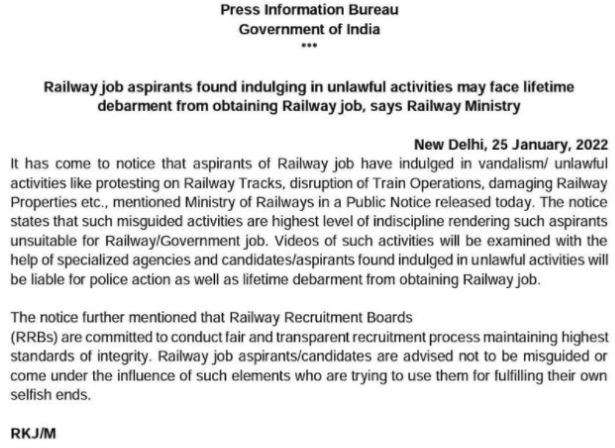 RRB NTPC: Committee to Look Into Concerns of Candidates

Indian Railways has constituted the High Power Committee to look into the concerns of candidates over RRB NTPC CBT-1 Result 2021 & RRB Group D Exam. Candidates may submit their grievances to the committee till 16 February 2022.

The committee will go into the following issues raised by candidates and give recommendations: 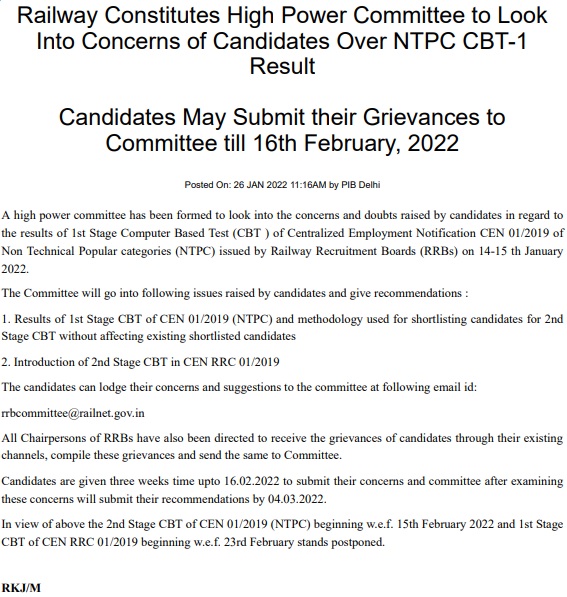