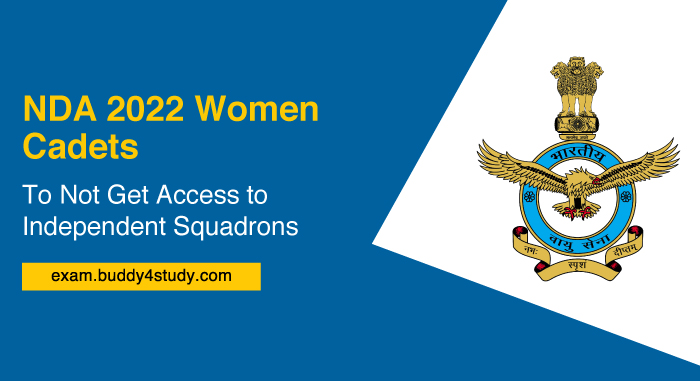 New Delhi, 20 May 2022 – This year, the National Defence Academy (NDA) will be welcoming NDA 2022 women cadets for training. However, the women candidates will not be having their own independent squadrons and will be housed together with male cadets. As there is no independent infrastructure for female trainees, these candidates will be housed in buddy pairs in the same squadrons as their male counterparts. Talking about the reason behind the decision, an NDA officer noted, “Had the women been housed in separate squadrons it would have defeated the purpose of joint training.”

This will be the very first batch of female cadets in the academy and 19 women will be joining the NDA in June 2022 for joint training.

The Supreme Court asked the Central Government to allow women candidates to appear for the NDA exams in November 2021. The top court rejected the government’s request for delay in admissions to women candidates and noted, “Women must be allowed to take the November 2021 exams. Cannot defer for one year. Medical standards should be tentatively notified. UPSC to issue a corrected notification for the November exam.”

Following the dictum, UPSC opened the NDA application portal for female candidates and over 1.7 lakh candidates applied for the NDA 2022 batch.

How many vacancies have been filled by women candidates in NDA?

For now, only 19 vacancies have been provided to women candidates. The number of vacancies are scheduled to be increased next year.

I am a female NDA aspirant. What is the age limit that I need to adhere to?

A woman candidate must be a minimum of 16.5 years and maximum of 19.5 years of age during the commencement of the course.

Will the NDA 2022 syllabus be different for women candidates?

No! The syllabus will be the same for both genders. However, physical training will be different for women candidates considering their physiological structure.