Exam » Uttar Pradesh » UP 100-Day Plan: 9 Lakh+ Tablets, Smartphones To Be Given To Students 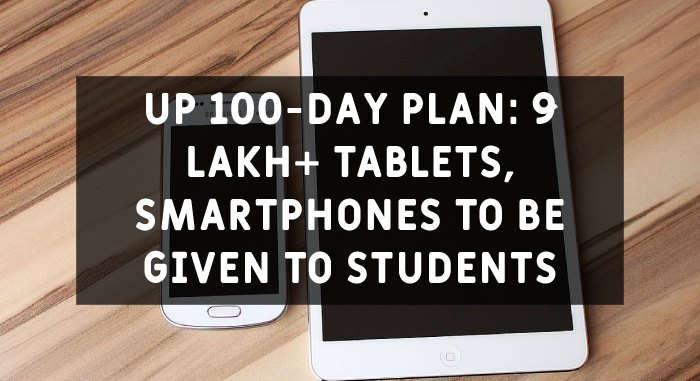 New Delhi, 12 April 2022 – On Monday, April 11, 2022, the Uttar Pradesh Higher Education Minister – Yogendra Upadhyay – announced yet another round of distribution of smartphones and tablets to the youth across the state. The minister also mentioned that the distribution will take place at Isabella Thoburn (IT) College in Lucknow, in the presence of public representatives.

Talking about the initiative, Upadhyay said, “The department of information technology has already been told to include it in its 100-day action plan…The state government has directed the officers of the department to provide tablets and smartphones to the youth within the stipulated time.”

About the Free Smartphone, Tablet Distribution Initiative in Uttar Pradesh

UP Chief Minister Yogi Adityanath has directed all of the state departments to prepare a comprehensive and feasible development action-plan by setting the targets for 100 days, 6 months, and a year.

While Chief Secretary Durga Shankar Mishra presented the blueprint of the 100-day action plan in front of the cabinet, the Chief Minister directed the officials to give concrete shape to the proposal. For better implementation of the UP 100-day plan, the various state departments have been divided into 10 specific sectors namely –