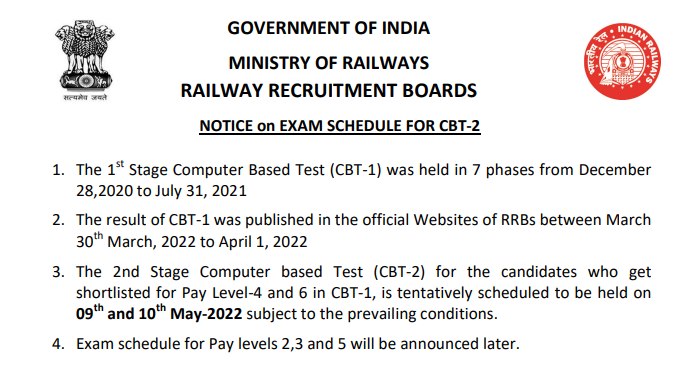 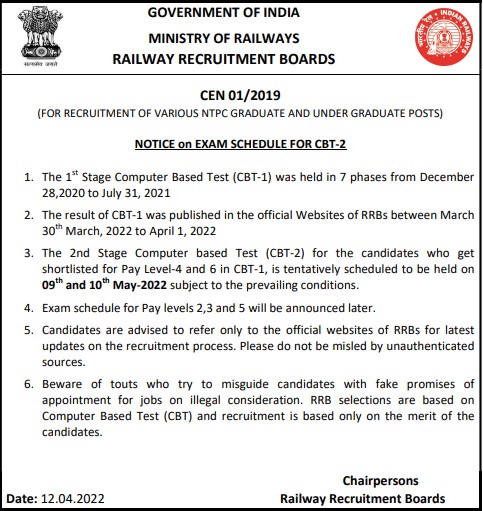 The board has advised candidates to only believe the information provided on the official website of RRB. It has further requested the candidates to not be misled by unauthenticated sources and be aware of people who try to misguide candidates with fake promises of job appointments through illegal means. The board has clearly specified that RRB selections are based on Computer Based Tests (CBTs) and the recruitment process is completely merit-driven.

The Railway Recruitment Board (RRB) NTPC is a national-level examination that is conducted to recruit graduates and undergraduates for the post of Non-Technical Popular Categories (NTPC) in various zonal railways and production units of Indian Railways. These posts include Commercial Apprentice, Goods Guard, Traffic Apprentice, Traffic Assistant, Assistant Station Master, among others.

Who is eligible to appear for the RRB NTPC exam?

How many vacancies are available for RRB NTPC 2022?

For the RRB NTPC 2022 exam, a total of 35,281 vacancies have been announced by RRB. Earlier, the board had announced 35,277 vacancies - which were later increased.

How many applications have been received for RRB NTPC 2022 vacancies?

A total of 1.25 crore applications have been received for the given 35,281 vacancies.

My graduation result is awaited. Can I still apply for RRB NTPC?

Yes, candidates in the last year of college are eligible for RRB NTPC. However, they are required to mention that their final result is awaited while applying for the exam.