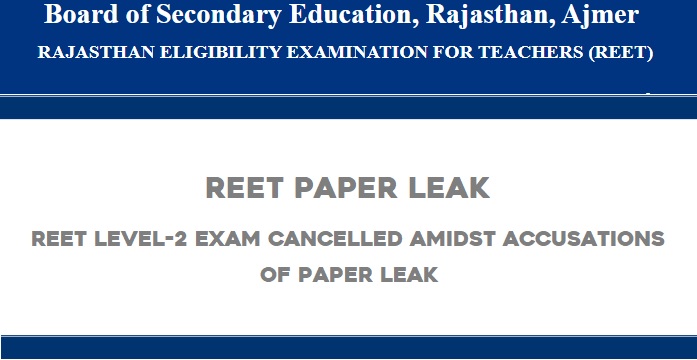 New Delhi, 8 February 2022 – The Level-2 of the Rajasthan Eligibility Examination for Teacher (REET) has been cancelled by the state government due to the paper leak that occurred in September 2021. Students have been protesting across the state and demanding a re-examination.

As REET 2021 has become a major controversy in the state, the Chief Minister of Rajasthan – Ashok Gehlot – announced that Level-2 of the REET 2021 examination has been cancelled and that the exam would be conducted again for all candidates. He stated in a press conference, “We will cancel the level 2 of the REET exam 2021, [and] we will conduct this exam again”.

Note: REET Level-2 exam is conducted for the selection of government teachers for classes 6 to 8 in public schools of Rajasthan.