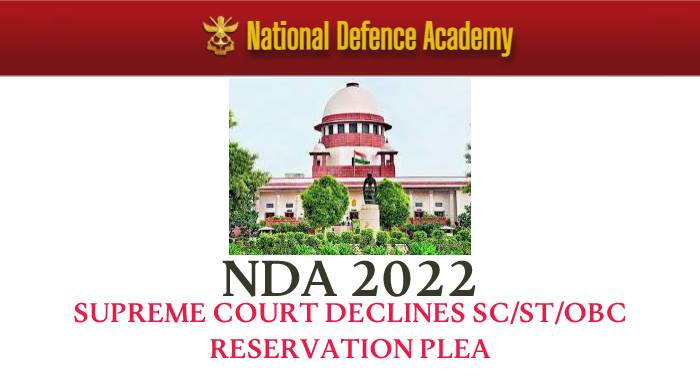 New Delhi, 10 March 2022: The Supreme Court of India has declined the plea regarding the reservation issue for Scheduled Class (SC), Scheduled Tribe (ST), and Other Backward Class (OBC) in the National Defence Academy (NDA) on 8 March 2022. The top court has stated that any kind of social revolution does not happen overnight and that it wants to only focus on the issue of admissions of women in the NDA for now.

The court has listed the matter for further hearing on 19 July 2022 and sought details for the study to be conducted.