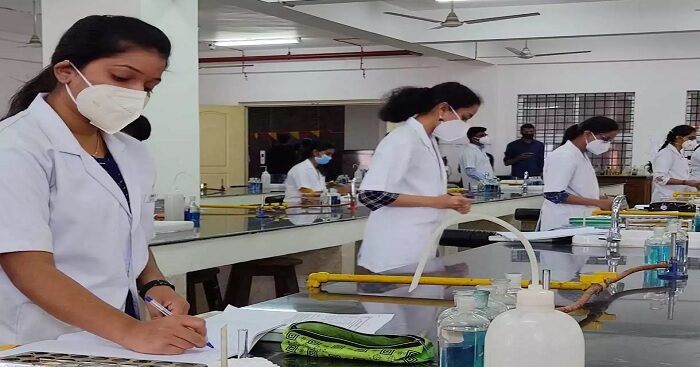 In an effort to make medical studies convenient for the students, the governments of Uttar Pradesh and Madhya Pradesh are opening up to the possibility of introducing Hindi are a medium of learning.

In Uttar Pradesh, a proposal to make three medical books in Hindi a valid part of the syllabus has been sent to the state government. At the same time, the Madhya Pradesh Government is planning to set up a committee to make a course module in Hindi for the medical students.

The books have been written by the former Head of Department of Surgery of KGMU, TC Goel and his son, Dr. Apul Goyal. While two of these books address the subjects of ‘Modern Surgery and Specialities of Surgery’, the third book is on ‘Disease Diagnosis’.

If the proposal is approved by the state government, all three books will be made available free of cost in the universities across the state. The Vice Chancellors of all the universities in Uttar Pradesh will also be prompted to make these books a part of the medical studies syllabus.

In view of the non-availability of Hindi language books in other fields, the Sansthan has also initiated work on Hindi books for subjects related the management. Jawahar Lal Nehru University’s Professor Rajeev Sijoria is also penning down a book in Hindi on the ‘Indian Art of Management’.

The Madhya Pradesh Medical Education Minister announced yesterday, on the occasion of Hindi Diwas, that the state government is planning to set up a committee for the preparation and smooth implementation of a medical course module in Hindi language. As per the minister, the committee will ensure that the course module is successfully finalised in Hindi and any practical problems related to the implementation of the Hindi course are resolved duly.

In another decision, the Madhya Pradesh Government has also decided to introduce the teachings of the epic ‘Ramcharitmanas’ as an elective subject under the Philosophy discipline for 1st year Bachelor of Arts (BA) students.