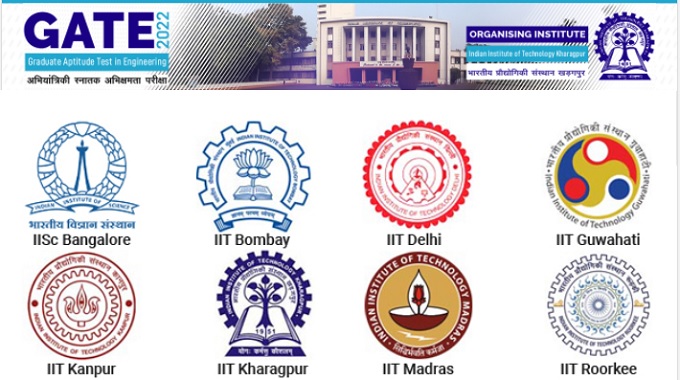 New Delhi, 13 January 2022: Indian Institute of Technology (IIT) Kharagpur is expected to release the Graduate Aptitude Test in Engineering (GATE) 2022 admit cards soon but the institute is yet to disclose a releasing date. As per the official schedule, the GATE 2022 exam is scheduled for February 5 to 13, 2022 and the admit card was scheduled to be released on January 3 (which later got postponed to January 7). With a further delay in the release of GATE admit card 2022, the organizing body, IIT Kharagpur is reportedly deliberating on an official release date.

The delay in the release of GATE 2022 admit cards has led to mixed responses from students on social media.

Some students have demanded GATE 2022 exam postponement as the country is once again witnessing a rise in COVID-19 cases while some others are simply demanding clarity on postponement. As per the tweets of the aspirants, if the exam is supposed to be postponed, the institute should announce it at the earliest to avoid the prevailing confusion, and if it is supposed to be conducted as per schedule, admit cards should be released without further delay for the mental peace of the students.

Here are the social media posts by students who are concerned about the prevailing confusion related to GATE schedule: 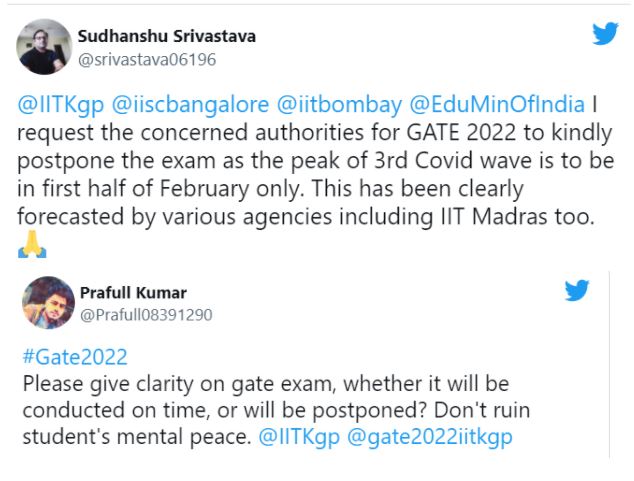