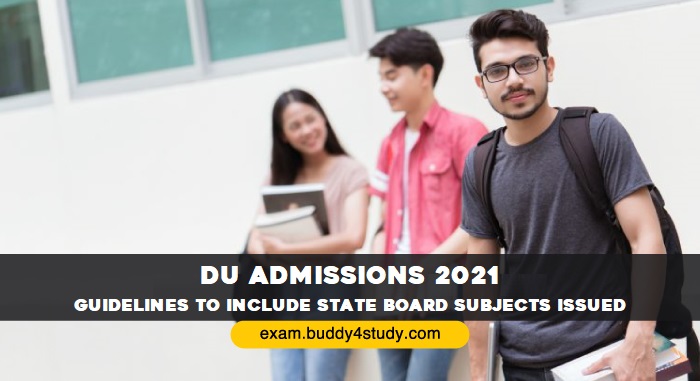 New Delhi, 7 October 2021 – Delhi University (DU) has issued guidelines to include the subjects of Kerala and other state boards in the calculation of cut-off marks.

Recently, over 100 admissions of students of the Kerala State Education Board were put on hold due to a confusion over their marksheets. Most of these students had obtained 100% marks, making them eligible for admissions in top north campus colleges. The issue was, however, resolved after the Kerala officials contacted DU and fresh guidelines to incorporate other state board subjects in DU cut-offs were issued.

Note: Based on the first cut-off list, DU undergraduate admissions for 2021 will conclude on October 8.

Readers must note that DU’s equivalence committee takes up the responsibility of deciding which subjects from state boards will be considered for cut-off calculation. The committee decides this by comparing these subjects to CBSE board subjects.

When students from Kerala with top-tier marks applied for admissions to the university, colleges found that some subjects could not be accepted for cut-off calculation as per the prescribed guidelines. So, admissions of these students were put on hold until further notice from the university.

Thereafter, board officials from Kerala contacted Delhi University officials regarding the issue. Rajeev Gupta, the chairman of admissions at the university noted in this regard, “If they (equivalence committee) say that a subject is not equivalent (to CBSE subjects), it cannot be included in Best of Four.” The Students’ Federation of India added, “It has also been identified that CBSE and their methods are being the deciding factor regarding concerns of other state boards. These tendencies have to stop and the university must be comprehensive.”

Consequently, Delhi University has taken note of all the concerns and addressed an email to its affiliated colleges, asking them to approve subjects offered by other state boards, including that of Kerala. An official notification or press release for the same is yet to be released.

The equivalence committee decides the subjects which can be considered for DU’s cutoff calculation based on factors like theory, practical components, and syllabus.

As per its guidelines: