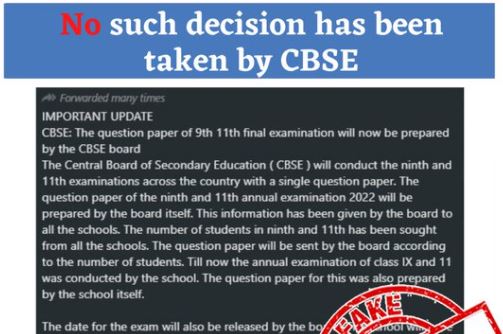 New Delhi, 10 September 2021 –The Central Board of Secondary Education (CBSE) on Thursday issued a circular against a piece of fake news and clarified that it was not providing question papers for school exams of Classes 9 and 11. From the past few days, a piece of fake information was being shared on the messaging app WhatsApp, stating that CBSE would be creating question papers for school examinations of Classes 9 and 11.

In its official statement, CBSE refuted having any such plan and warned the students against such forgery, “It is reiterated that you do not believe in any such information which is circulating on social media and not available on the Board’s website. Board issues all information on its website first.” 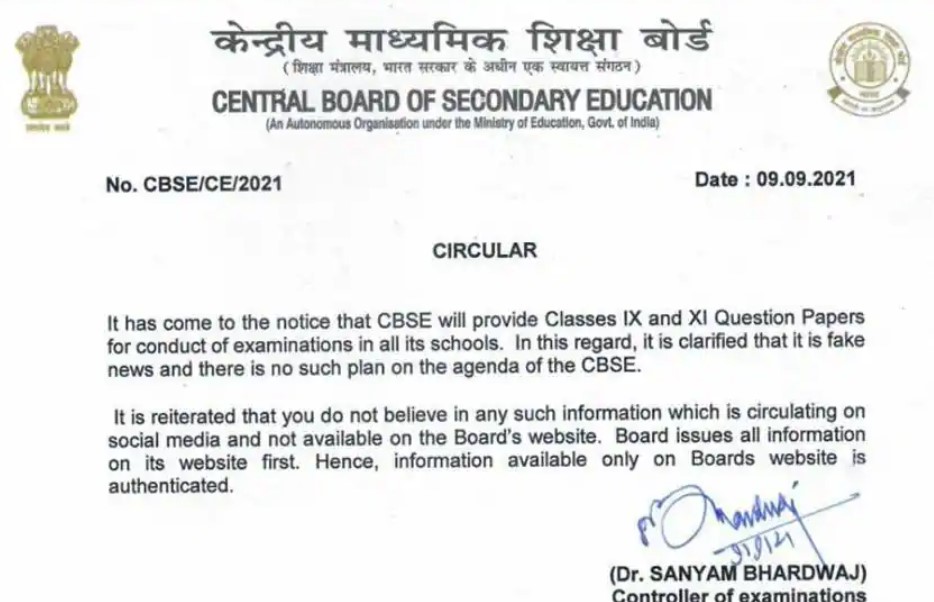 Such rumours started making rounds when the board asked for the list of students of Classes 9 and 11 from all CBSE affiliated schools.

Meanwhile, the government’s fact-checking agency, PIB fact check, has shared the message on its Twitter handle. It has asked students to refrain from forwarding such fake messages. 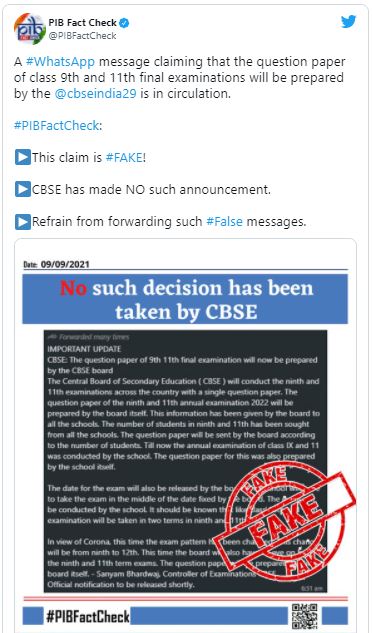 Earlier, CBSE had announced its decision of inculcating changes in the forthcoming board exams so that the result evaluation of students can be done properly and timely. Nevertheless, it has not announced anything regarding the school exams and tests other than the board exams.

CBSE further added that the board will soon announce the date of the examination. At present, CBSE has instructed its affiliated schools via an official notice to create a List of Candidates (LOC) who will be appearing for Classes 10 and 12 examinations. It has asked the schools to conduct the examination in two terms, covering 50% syllabus in each term.