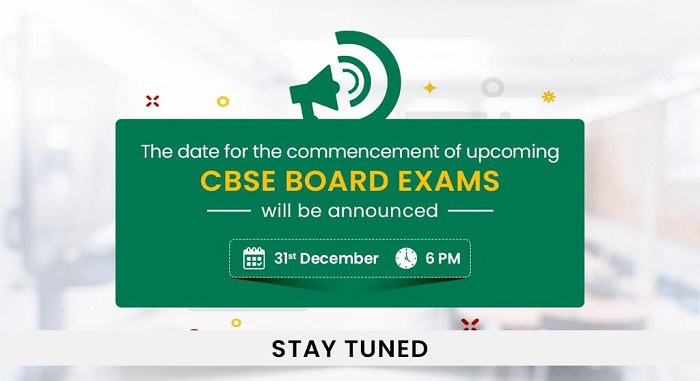 Education Minister Dr. Ramesh Pokhriyal recently announced via his twitter handle that the Class 10 and 12 board exam dates will be announced on December 31, 2020 (at 6 pm IST).

On December 26, 2020 at 8:36 pm, the Minister tweeted – “Major announcements for students & parents! I will announce the date when the exams will commence for the students appearing for the #CBSE board exams in 2021. Stay tuned.”

I will announce the date when the exams will commence for students appearing for #CBSE board exams in 2021.

Previously, on December 22, 2020, the Education Minister conducted an online webinar to interact with teachers and students across the country. The LIVE interaction was conducted through his official twitter handle, during which he announced that the CBSE board exams for Class 10 and 12 will not be held before the last week of February 2021. The Minister further announced the postponement of the practical exams (which are generally held in the month of January and February every year).

Dr. Ramesh Pokhriyal had earlier stated that the decision on when to conduct the board exams will only be taken after the assessment of the pandemic situation in the country and consultation with the stakeholders as well.