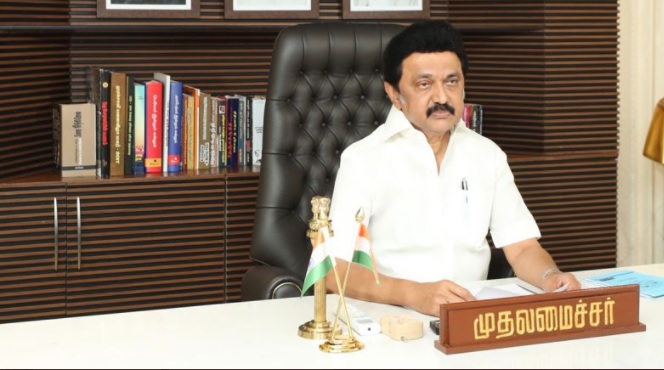 Stalin made an emotional speech yesterday (on 15 September 2021) through a video message to the students preparing for the highly-competitive NEET exam. His speech followed the reports of another alleged suicide case of a 17-year-old girl who had appeared for the NEET 2021 exam and was worried about clearing it. She was a daily wage labourer’s daughter and had scored 84.9% marks in Class 12. This was the third case of suicide since the last one week which related to NEET.

In Tamil Nadu, NEET has become a very sensitive issue with 15 youngsters ending their lives over fears of not qualifying for the NEET.

“I beg of you, please do not end your lives. Nothing is impossible for you. Study with that confidence. Parents, too, should instil self-confidence in children and not stress them out,” said Chief Minister Stalin. He further urged the students facing mental health issues to seek out help by dialling the state health department’s suicide helpline 104.

“NEET shuts down the little opportunity that has opened up for students. The Union government is stonehearted. It is not climbing down (from its stated position). We will create a situation to scrap NEET,” he added.

On 14th September 2021, the Tamil Nadu Assembly passed a bill to abolish NEET for admissions to undergraduate medical degree courses in the state. The Tamil Nadu Chief Minister further ensured that there will be no compromise on the issue of dispensing with NEET, and that the DMK government will work hard to get the President’s final assent to the bill passed by the Tamil Nadu Assembly on Monday.