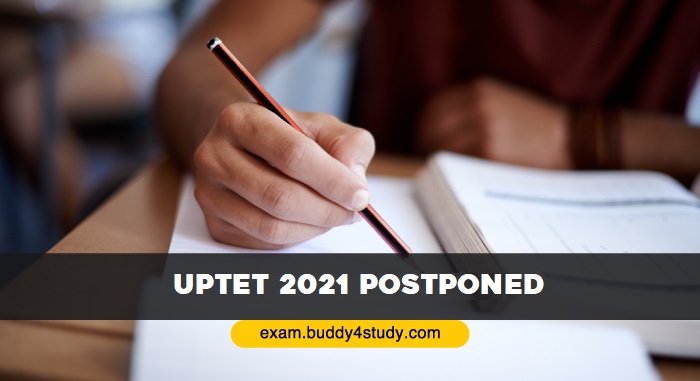 New Delhi, 12 May 2021: The Uttar Pradesh Government has announced the postponement of the Uttar Pradesh Teacher Eligibility Test (UPTET) 2021 due to the surge in COVID-19 cases in the state. As a result, the release of UPTET notification, which was scheduled for today, i.e. 11, May 2021, has also been delayed.

This decision has been taken after the exam regulatory authority sent a proposal to the Uttar Pradesh government to postpone the UPTET exam this year because of the rising coronavirus cases in the state. The state government accepted the proposal after careful consideration and postponed the exams till further notification.

UPTET 2021 has been postponed due to the surge of COVID-19 cases in Uttar Pradesh and the concern over the health and safety of the applicants and the exam officials. In addition, in the current situation, only a few applicants are able to apply for the UPTET 2021 by themselves. A large number of applicants will not be able to fill up the forms as they can not visit the cyber cafes because of the lockdown and curfew in the state of Uttar Pradesh. Hence, to ensure that everyone gets access to the UPTET application form 2021, the UP government postponed the UPTET 2021 exam till new notification releases.

UPTET is a state-level teachers eligibility test conducted by the Uttar Pradesh Basic Education Board (UPBEB) to recruit teachers at primary and upper-primary classes/levels in the schools of Uttar Pradesh.