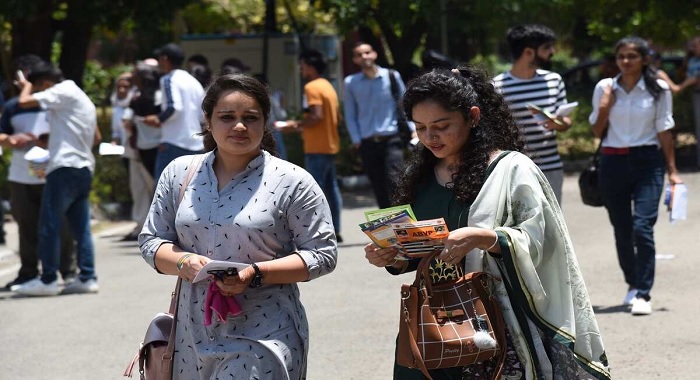 New Delhi, 24 January 2022 – A large number of Uttar Pradesh Teacher Eligibility Test (UPTET) aspirants have been denied entry at the exam centre in Noida Sector 30. The DPS School exam centre saw a large number of candidates not being allowed entry due to lack of documentation.

Regarding the issue an aspirant noted, “We have all the documents, but they want us to produce the Principal’s signature. How will I get it, if the concerned person is in Allahabad? They are not letting us appear.”

UPTET 2022 Exam: Why did UP Police Deny Entry to Aspirants?

The Additional Deputy Commissioner of Police (ADCP) Noida, Ranvijay Singh, rejected the aspirants’ claim stating that the police only sent back those aspirants who did not have valid documents.

“Those not having valid documents were not allowed, as per the officials here…For mark sheet attestation, they should have it signed either by the Principal or a concerned officer, but they got it from somewhere [else]…which is why they were denied entry.” he said.

The Uttar Pradesh Teaching Eligibility Test (UPTET) is an entrance test conducted by the Uttar Pradesh Basic Education Board (UPBEB) to find suitable candidates for different teaching posts across the state.

UPTET is a written test conducted as two papers: Paper-1 and Paper-2. Candidates who qualify the exam will be eligible to apply for the post of a primary teacher or a secondary teacher in Uttar Pradesh government schools. The position (primary or secondary teacher) is allotted on the basis of a candidate’s result and preference.