New Delhi, 02, December, 2021: The Railway Recruitment Board (RRB) has not yet announced the RRB Group D 2019 exam dates. Over 1 crore railway aspirants had applied for the recruitment from 12 March to 12 April 2019 and are waiting for the RRB Group D 2019 exam update. It has been more than 1000 days now, yet the railway has not provided any information regarding the exam.

Recently, instead of providing exam details, the railway board released a modification link for candidates whose RRB Group D 2019 application form was rejected. This has further created an uproar among the aspirants who want the exam details to be out.

Note: On February 23, 2019, the railway recruitment cell (RRC) of the Indian Railways had announced its plans to fill a total of 1,03,769 group D posts in the 16 railway zones. It was indicated that the first stage computer-based test (CBT) was tentatively scheduled between June and September 2019. However, it has been postponed due to the upsurge of COVID-19 and the revised schedule is not yet published in the official websites of RRB, creating an uproar in the students.

Due to such a prolonged delay, railway applicants are furious. After the Railway Recruitment Board halted Group D tests, candidates have demanded that the exam should be held as soon as possible.

They have started to voice out their rage by taking to twitter with the hashtag “JusticeForRailwayStudent”.

Here are a few tweets by enraged aspirants: 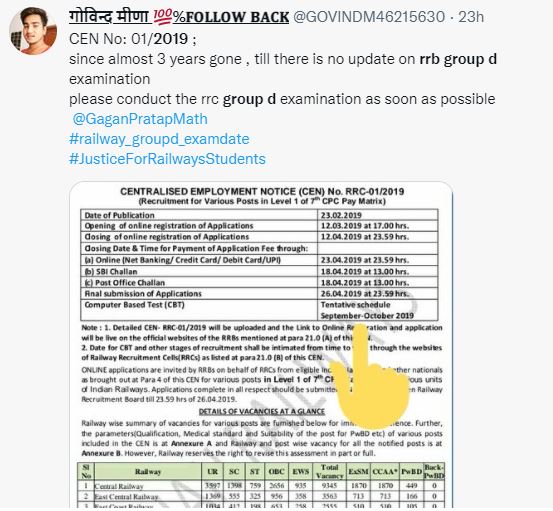 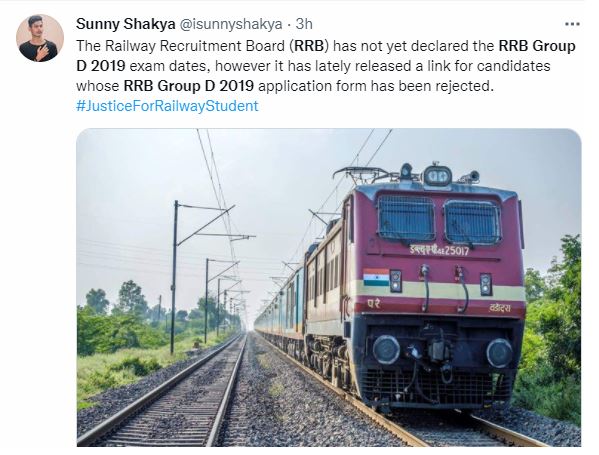 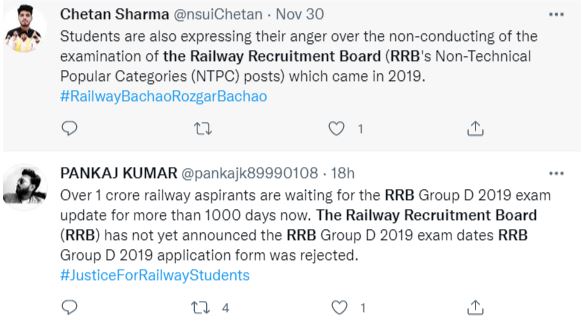 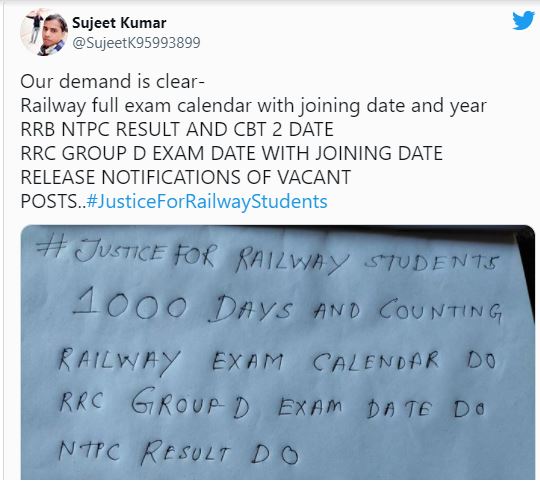