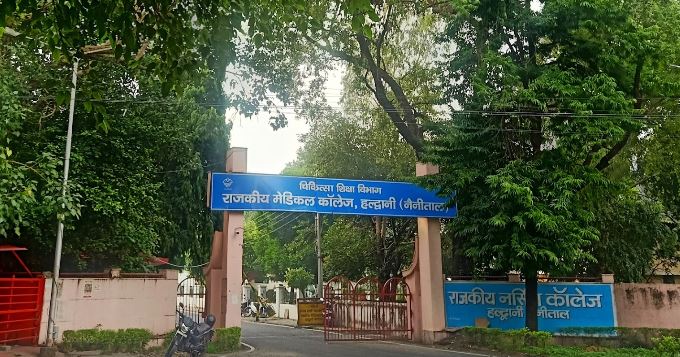 New Delhi, 7 March 2022 – A ragging video that shows 27 students of the Haldwani Government Medical College (Nainital District, Uttrakhand) has gone viral on social media. All of these students have their heads shaven, hands tied at the back, and are walking around the campus in a queue.

The video shows these students wearing lab coats and face masks. They are avoiding any eye contact and are chanting “Doctor Sahab Namaskar” (Salutations Doctor Sir!). A guard is also seen keeping the students in line.

Note: The 27 students seen walking in circles with their heads down are first-year MBBS students of the medical college. They are allegedly being ragged by their seniors. However, the Haldwani Police and the college administration have both not received any formal complaint regarding the issue.

Following the video going viral, the Haldwani Government Medical College administration has called for a probe into the matter. The disciplinary committee and the anti-ragging panel, with officials from the district administration, will talk to the students and recommend action if ragging is established.

The Principal of the college, Arun Joshi, told Indian Express, “If it is proved that the ragging did take place on the campus then the harshest possible action will be taken against those responsible … The students have given different reasons for shaving their heads. Some said it was because of the heat and some cited a dandruff problem. However, it is possible that they were under pressure to give such reasons.”

“Taking cognisance of the matter, we have called the disciplinary committee meeting on Monday [7 March]. We will ask the first-year students to give their statements in writing [and] ask them to cite reasons for shaving their heads and if they were pressured in any way. Since there is suspicion of ragging, an anti-ragging committee meeting will also take place and it will also involve the district administration,” he further stated.

As per the Anti-Ragging Cell of the UGC, ragging has ruined countless innocent lives and careers.

To eliminate ragging in all its forms from universities, deemed universities, and other higher educational institutions in the country, the University Grants Commision (UGC) has prohibited ragging under its regulations, preventing its occurrence and punishing those who indulge in the practice through the appropriate law in force. 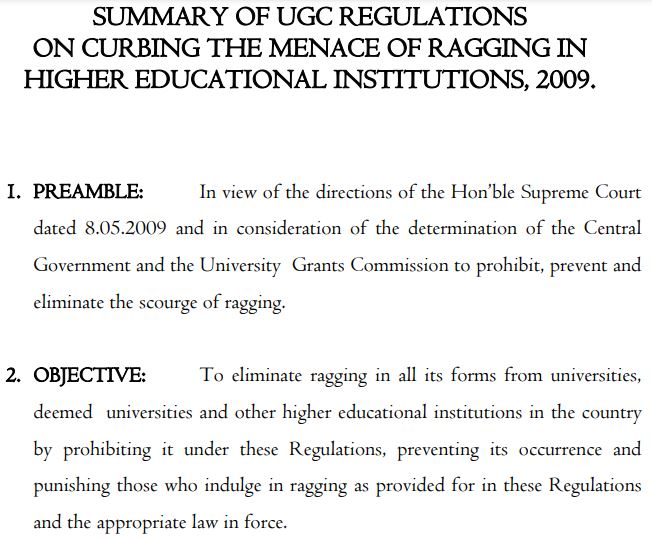 To read the complete summary of the Anti-Ragging Law, please click here.