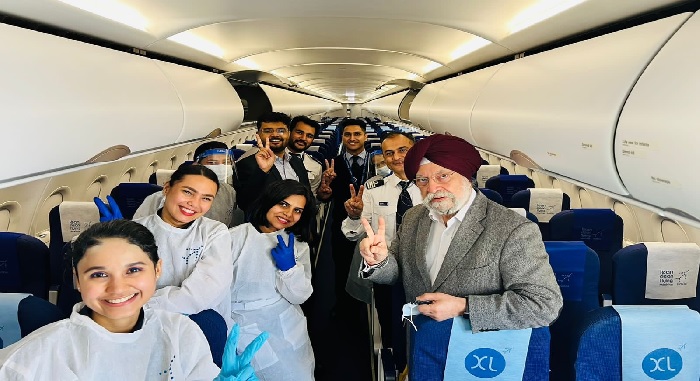 New Delhi, 1 March 2022 – As the military crisis between Ukraine and Russia escalates further, thousands of Indian students find themselves stranded in the war-torn European country. Although the Government of India is trying to evacuate its citizens from the war zone under the mission ‘Operation Ganga’, Indian students stuck in Ukraine allege that they are facing miss-treatment by security personnels of the Ukrainian Military and the Indian Embassy is not responding to their grievances.

Talking to ‘The Tribune’ over phone, Meenu Kaur of Ralla village in Mansa (Punjab), who is stuck in Kharkiv noted that “The situation is grim as around 700 Indian students are stuck in hostel basements and the Indian Embassy is not at all providing any help. When we contact them, they just ask us to reach borders via train or buses. Some students tried to go, but they were manhandled and were not allowed to board the train. We have very little food and water with us. Moreover, we keep on hearing sounds of bombs and gun shots at regular intervals. In basement bunkers, we don’t have heaters, whereas the temperature here is sub-zero, so people are falling ill.”

Several videos shared by Meenu also showed Indian students being kicked, beaten up, dragged by Ukrainian security personnel and some even had their phones snatched from them.

The Indian government has decided to send Union Ministers Hardeep Puri, Jyotiraditya Scindia, Kiren Rijiju, and General (Retd) V K Singh to Poland, Romania, Hungary, Slovakia, and Moldova to oversee the evacuation of Indians. Plus, several private Indian airlines are coming up to help with the evacuation process of Indian students from Ukraine.

Why is Ukraine a Hub for Indian Students Pursuing Medical Studies?

As per Dr Sudarshan Gherade, President of Foreign Medical Association of India (FMAI), “Ukrainian and Russian medical colleges are recognised by the World Health Organisation (WHO). The degrees are very much valid in India as the Indian Medical Council (MCI) too recognises them. These medical degrees are also recognised worldwide; especially the European Council of Medicine, other global bodies, and the General Medical Council of the United Kingdom help these students with further opportunities.”

Note: As per a report by Hindustan Times, the fees charged by medical institutions in Ukraine can range between INR 30 lakh and INR 35 lakh, compared to the fee of around INR ₹1 crore (including donation) charged by private medical colleges in India.