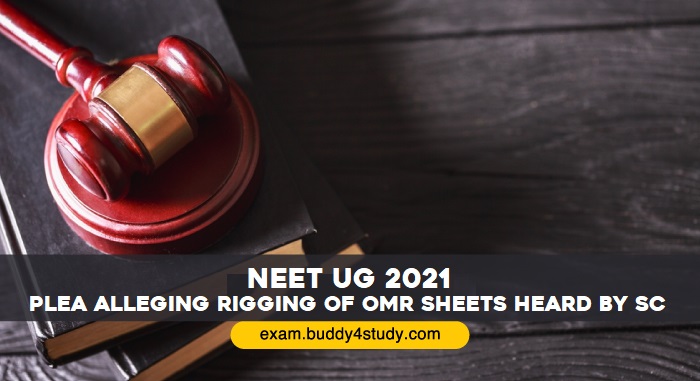 The petition was listed before the bench of Justices DY Chandrachud and AS Bopanna. The petitioners said there is a huge disparity in marks and the final scores received by them are incorrect. The writ petition has challenged these marks and requested the supreme court to investigate the rigging of OMR sheets. The top court will be hearing the matter on December 13.

Candidates have petitioned that the final marks they have received and the marks that they calculated using the answer key have a large disparity. One of the candidates has alleged that his final score was shown to be 164 marks, while as per the answer key his score should be 584.

The plea submitted before the supreme court states, “It appears to be a massive rigging in the screening of the OMR sheet soon after the publication of the answer keys and consequent uploading of OMR sheet for self-assessment and before the actual declaration of result and scorecard on NTA’s website, which has resulted in glaring discrepancy in the marks obtained by the petitioners”.

The plea also added, “There are malpractices and corrupt practices which are undergoing at the levels which the innocent, deserving and meritorious petitioners cannot imagine, which has resulted in arbitrariness and rejection of meritorious candidates and as such is a violation of their rights under Article 14 of the Constitution of India.”