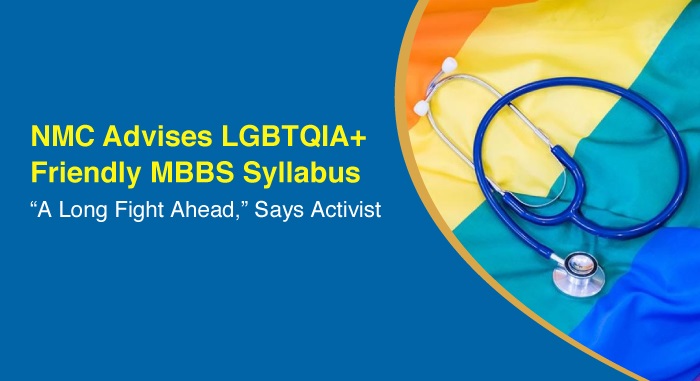 The Competency-Based Medical Education (CBME) Curriculum in India is all set to be modified to make it more inclusive for the LGBTQIA+ community. In an official notification issued on its website, *The National Medical Commission (NMC) has laid down recommendations for making changes in the present CBME curriculum. These changes have been suggested by an expert committee which was set up after an order of the Madras High Court, last year.

As per the notification, the NMC has instructed all the medical colleges, universities, institutions and boards across the country to take the corrections into account.

The Buddy4Study team spoke with Syama S Prabha, Secretary of Kerala-based organisation Queerhythm, and a trans woman herself, who lauded the decision on an LGBTQIA+ friendly medical syllabus in India. “This will help the medical students gain deep scientific awareness about the LGBTQIA community, promoting gender inclusivity and helping to fight the prejudices that we grapple with everyday,” said Syama. Queerhythm, a community-based organisation for LGBTIQ, has been at the forefront of the fight for a revision of the medical syllabus in the country.

*Note – The National Medical Commission is an Indian regulatory body, comprising 33 members, which regulates medical education and medical professionals. It was established by replacing the Medical Council of India on 25 September 2020.

It was in September 2021, that the Madras High Court called for changes to the parts of the curriculum of medical courses in India, which according to the court were  ‘queerphobic’ and hence discriminatory towards the LGBTQIA+ community.

Justice N Anand Venkatesh of the Madras High Court made this observation while hearing a writ petition moved by a lesbian couple seeking protection against harassment from police and their relatives. The couple reportedly filed a plea in June 2021, accusing the police of “harassing questioning” while investigating a missing person’s report filed by one of the partner’s parents.

Emphasising the need for inclusivity, the court also reportedly noted that it was important for health professionals to be “non-judgemental and free of moral or personal prejudices” about an person’s gender identity or their sexual orientation.

Note: Initially, the High Court had also passed an order in the case on 7 June 2021, suggesting several measures including legislations and changes in the curricula of educational institutions to remove prejudices against the LGBTQIA+ community. Interestingly, Justice Venkatesh himself took an education session with a psychologist to understand same-sex relationships better, during the case.

B. A DIRECTIVE TO CHANGE MBBS SYLLABUS IN INDIA ALSO ISSUED BY KERALA HIGH COURT

A similar directive was also issued by the Kerala High Court in September 2021, wherein it asked the NMC and its Undergraduate Medical Education Board to consider removing unscientific and derogatory remarks about the queer community from the MBBS textbooks. This was in response to a writ petition filed by two NGOs, Queerythm and Disha, seeking removal of the content.

Legal objections were raised against the disparaging sections in the textbooks which not only regarded homosexuality and lesbianism as a mental disorders or unnatural offences, but were also contardictory to scrapping of Section 377 by the Supreme Court.

In compliance with the suggestions of the Madras High Court, the NMC had, last year, issued an advisory for the medical institutes across the country. The regulatory authority also directed the concerned authorities as well as authors to revise the information in the textbooks and to discontinue the recommendation of such textbooks and data with unscientific and discriminatory information about LGBTQIA+ community.

Based on the panel’s recommendations, the NMC on 18 August 2022, issued a notification directing all the medical institutions, colleges, universities and medical boards across the country to make changes to the existing MBBS curriculum including the syllabi of subjects like Forensic Medicine Competency and Psychiatry Competency. 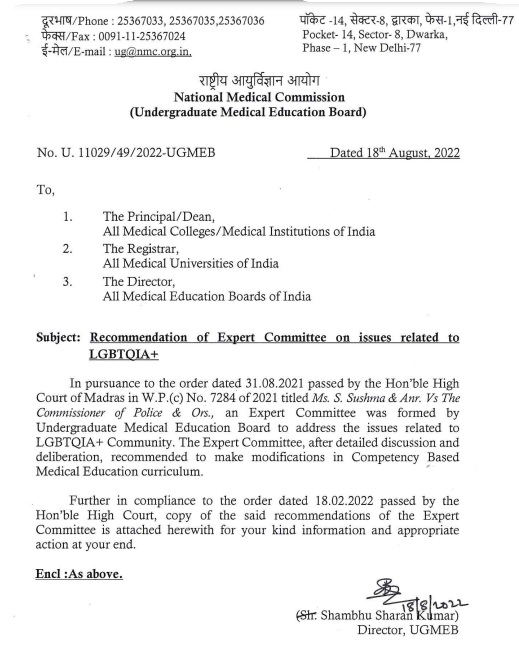 For example, the panel has proposed removing of the word “unnatural” from the classification of sexual activities like sodomy, buccal coitus and lesbianism from the subject of Forensic Medicine and Toxicology of the MBBS course.

The notification released on the official website of NMC reads –

“In pursuance to the order dated 31.08.2021 passed by the Hon’ble High Court of Madras in W.P.(c) No. 7284 of 2021 titled Ms. S. Sushma & Anr. Vs The Commissioner of Police & Ors., an Expert Committee was formed by Undergraduate Medical Education Board to address the issues related to LGBTQIA+ Community. The Expert Committee, after derailed discussion and deliberation, recommended to make modifications in Competency Based Medical Education curriculum.

Further in compliance to the order dated 18.02.2022 passed by the Hon’ble High Court, copy of the said recommendations of the Expert Committee is attached herewith for your kind information and appropriate action at your end.”

Click here for the notification with details of the suggestions for revision. 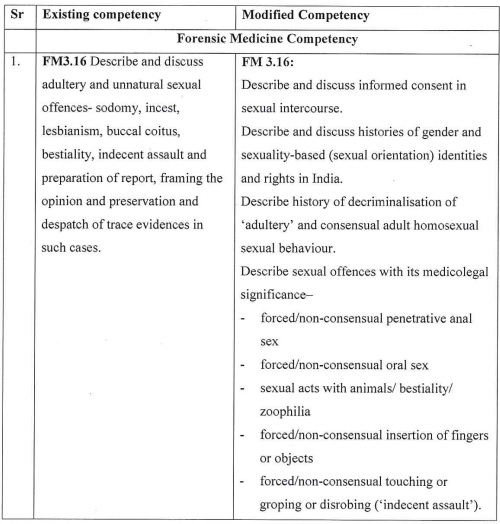 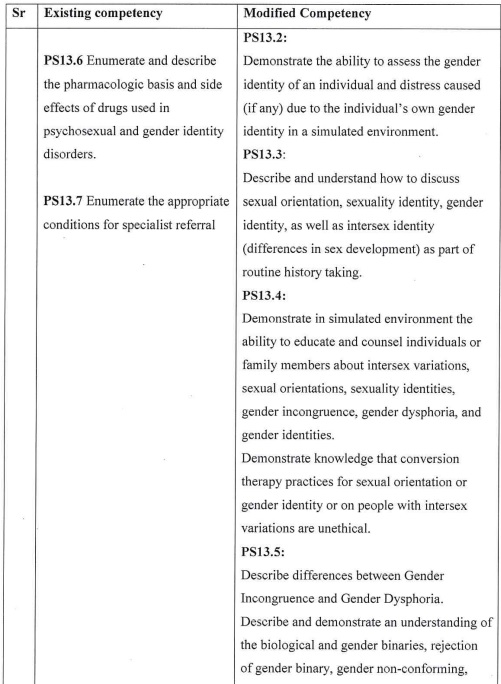 The decision brings hope for the transgender community but Syama believes that struggle doesn’t end here. “This is just the beginning. We need to extend such reforms to school level so that a person is never discriminated on the basis of their sexual orientation,” she added.

Why is there a need for a LGBTQIA+ Friendly Syllabus? – An Opinion

Note- There are several government and private scholarships available for the transgender community. One of such scholarships is the Legrand Empowering Scholarship Program 2022-23, applications for which are now open on the Buddy4study portal. Click here to apply.

Where can one read the revised LGBTQIA+ friendly MBBS syllabus in India?

The National Medical Commission’s Undergraduate Medical Education Board has released a notification on NMC’s official website mentioning the details of revision made to the current MBBS syllabus in India to make it more LGBTQIA+ community friendly.

Why has the National Medical Commission revised the MBBS syllabus in India?

It was in September 2021, that the Madras High Court called for changes to the parts of the curriculum of medical courses in India, which according to the court were ‘queerphobic’ and hence discriminatory towards the LGBTQIA+ community. Hence under the directive issued by the Madras High Court the NMC has decided to revise the syllabus to make it more inclusive and LGBTQIA+ community friendly.