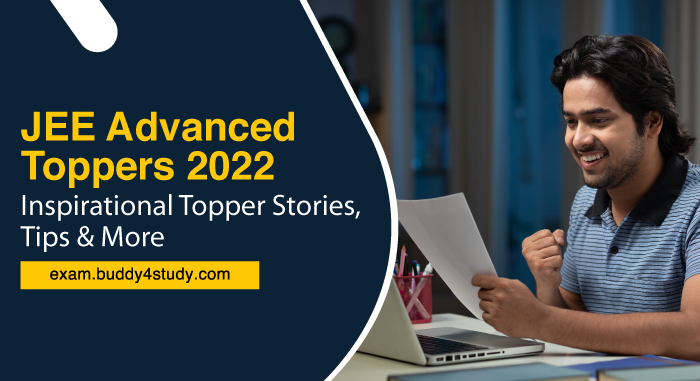 The JEE Advanced toppers 2022 have also been announced along with the results. RK Shishir, who hails from Bengaluru, has obtained the first rank, ahead of Polu Lakshmi Sai Lohitha Reddy and Thomas Biju Cheeramvelil, respectively.

IIT Bombay announced the results and final answer keys on the official website—jeeadv.ac.in—at 10 AM.

Shishir scored 109 in mathematics, 96 in physics, and 109 in chemistry. Additionally, he achieved first rank in the pharmaceutical category of the Common Entrance Test (CET 2022) and fourth in the engineering stream.

Shishir aspires to pursue computer science engineering at IIT Bombay. Talking about his parents and teachers, he says, “It was really challenging, but I am very happy that I could make it. I would definitely thank my parents and my teaching faculty, who were with me in and out during two years of my Advanced preparation.”

Shishir claims that he did not study for 12-14 hours every week, but rather it was the quality of his practice that mattered more than the duration of practice. He also added that he used to take frequent breaks during his study hours. After every hour, he would rely on breaks to freshen up his mind and start all over again. This technique maintained consistency, according to Shishir, which eventually led to his success.

His advice to future aspirants is that one must take breaks after a few hours of study. This technique ensures consistency.

Polu Lakshmi Sai Lohith Reddy hails from Ongole, Andhra Pradesh. He secured second rank in the Joint Entrance Examination (JEE) Advanced results, which were declared on September 11. He scored 307 out of 360. Polu scored 112 in mathematics, 101 in physics, and 94 in chemistry.

Polu Lakhsmi’s brother has also been a JEE topper. Last year, he too secured an All India Rank (AIR) 5 in JEE Advanced. Talking about his brother, Lakshmi says, “He has always motivated me to be better than him.”

Polu also stated that he sincerely studied 10-12 hours every day. In between his study hours, he would play table tennis to relax his mind. After studying for 2 hours, he would take a 10 minute break, after which he would start all over again.

Upon being asked what rank he was expecting, he said that he expected to reach the top 10. He added, “The paper was challenging, but I got an excellent grade.” He intends to study computer science and work as a software engineer at IIT Bombay.

His advice to future JEE Advanced aspirants is to not neglect NCERT books and to achieve clarity of basic concepts.

Thomas Biju Cheeramvelil, from Kerala, finished third in the Joint Entrance Examination (JEE) Advanced 2022. He scored 314 out of 360 marks. Thomas wants to study computer science and engineering at the Indian Institute of Technology in Bombay.

He claimed that adhering to the course material and periodically assessing oneself were very helpful. Thomas stated that he spent about 12 hours per day studying, during which he would practice 150 questions each day. He also added that he had stopped using his phone completely and restricted his internet usage to learning.

In addition, he had passed the entrance test for the Indian Statistical Institute and had secured admission to the Chennai Mathematical Institute.

His advice to future aspirants is that one must sideline all the possible distractions that could hinder the JEE Advanced preparation.

Where can one check the JEE Advanced 2022 result?

Students can check their JEE Advanced 2022 result at jeeadv.ac.in.

When was the JEE Advanced 2022 result declared?

Who are the top three JEE Advanced toppers 2022?