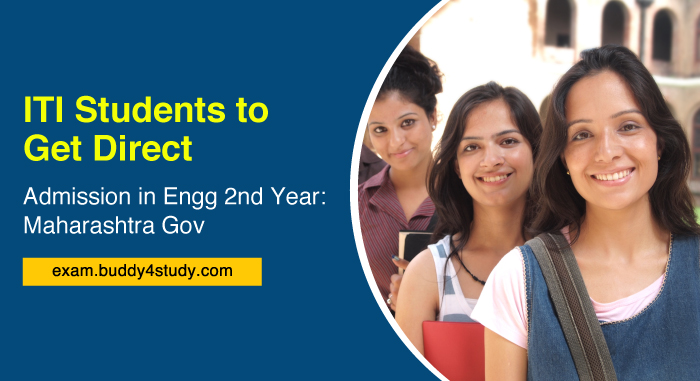 New Delhi, 22 June 2022 – As per the Government of Maharashtra, students who have completed two-years of Industrial Training Institute (ITI) courses can now take direct admission into second year of engineering diploma courses in polytechnic colleges of the state. This will be a choice-based lateral entry, which has been announced by the Director of Technical Education (DTE) in Maharashtra after receiving due approval from the All India Council for Technical Education (AICTE).

However, the change is only to be followed for the next 2 years, i.e, 2022-23 and 2023-24. This is why candidates are requested to get the benefit of this dictum as soon as possible.

ITI, also called Industrial Training Institute, is one of the most sought after courses in India to gain practical in-hand training in industrial skills. It enables one to assess, analyze, and solve the problems currently plaguing the industry.

ITI focuses on industrial development skills and the students who graduate from ITI are highly skilled in their specific domains. There are several ITI colleges across India offering specialization courses like Machinist, Computer Operator, Date Entry, among many others. Completing these courses makes one directly eligible for employment, as one is already trained in the skills required to work in these specific roles.

Can I take lateral entry admission in the 2nd year of polytechnic?

Yes! Students who have completed 2 years of ITI training can get direct admission in 2nd year of polytechnic courses.

Is the provision for direct admission into 2nd year valid for all ITI graduates?

Only graduates from Maharashtra will get direct admissions, provided they have completed two years of ITI training. Also, the provision is only valid for the year 2022-23 and 2023-24.

What will my salary be if I complete polytechnic after ITI?

Salary depends on skill level and experience. On average, a graduate from both ITI and polytechnic can expect to earn between INR 3 LPA to INR 6 LPA in the beginning of their careers. Some freshers with higher skill levels earn even more than that.