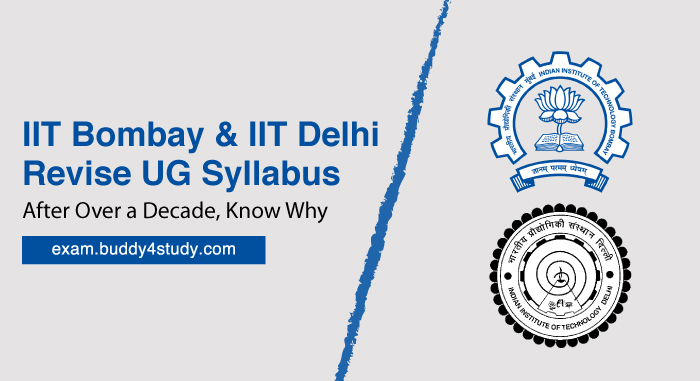 October 13, 2022, New Delhi, IIT UG Syllabus: The Indian Institute of Technology (IIT) Bombay and IIT Delhi have revised their Undergraduate (UG) curriculum and  introduced a new set of subjects in the existing core-engineering curriculum. Under this reform, both IITs aim to provide a holistic learning approach to students.

Subjects like Humanities, Arts, Social Science, Management, Entrepreneurship, Design (HASMED) – as coined by the IIT Bombay have been introduced along with the interdisciplinary STEM (Science, Technology, Engineering, Mathematics). Students will be studying the core engineering subjects of a specific branch along with HASMED which is central to the new revised curriculum.

What are the changes in the IIT Bombay and IIT Delhi undergraduate syllabuses?

The Indian Institute of Technology (IIT) Bombay and IIT Delhi have revised their Undergraduate (UG) curriculum and introduced subjects like Humanities, Arts, Social Science, Management, Entrepreneurship and Designto the core engineering curriculum. Along with this, both institutes are allowing students to develop problem-solving skills and gain hands-on experiences.

When was the IIT undergraduate syllabus last changed at IIT Bombay?

Who is the current director of IIT Bombay?

Mr. Subhasis Chaudhuri is the director of the Indian Institute of Technology, Bombay (IIT Bombay).