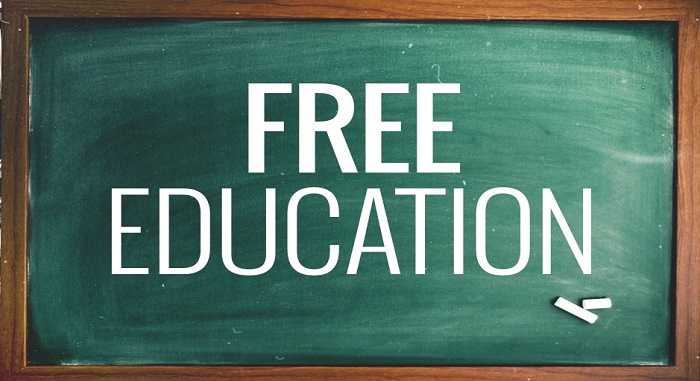 New Delhi, 14 May 2021 – Delhi, Chhattisgarh, and Madhya Pradesh state governments have announced their decision to fund the education of students orphaned due to COVID-19.

There have been reports of schools organizing online prayer meets for COVID-stricken students across India, ensuring constant communication with them. However, these three states are the first to take a major initiative towards supporting the futures of children who’ve lost both their parents to the pandemic.

At 2:00 PM today, New Delhi Chief Minister, Arvind Kejriwal stated that the Delhi government will provide free education to children who have lost their parents to COVID-19.

During a digital conference (via Twitter), Mr. Kejriwal specifically stated, “Those children, both of whose parents have died will be supported by us. The Delhi government will bear all the expenses for the education and upbringing of those children. We also will take care of the elders/senior citizens who have lost their children -the only earning member of their family.” 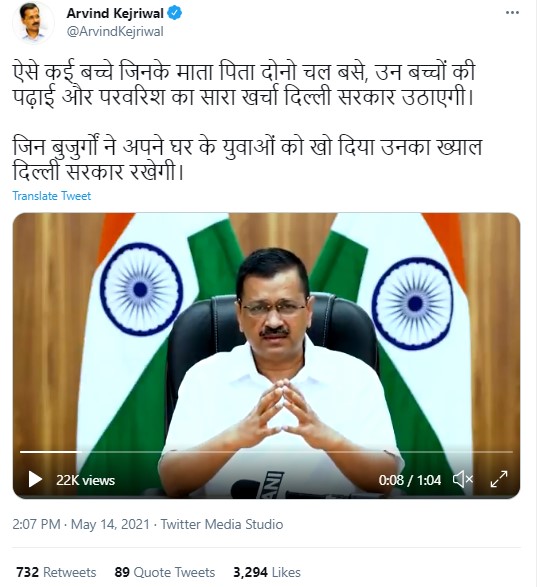 Besides, the financial assistance pledged by the Delhi Government, various schools are also emerging voluntarily to provide both mental and emotional support to these unfortunate children.

The MP state government has also announced free education and a monthly stipend of Rs. 5000 for the children who have lost both their parents to the current pandemic.

Madhya Pradesh CM Shivraj Singh Chouhan, on Thursday, 13th May 2021, ordered the arrangement of free ration and education to these children 9even if they are not eligible for free ration).

He stated, “The epidemic affected many families. The support of various families has been snatched away, and many children lost their parents. Those children, whose father or guardian or any earning member died during this pandemic will be offered a stipend of Rs. 5000 per month.” 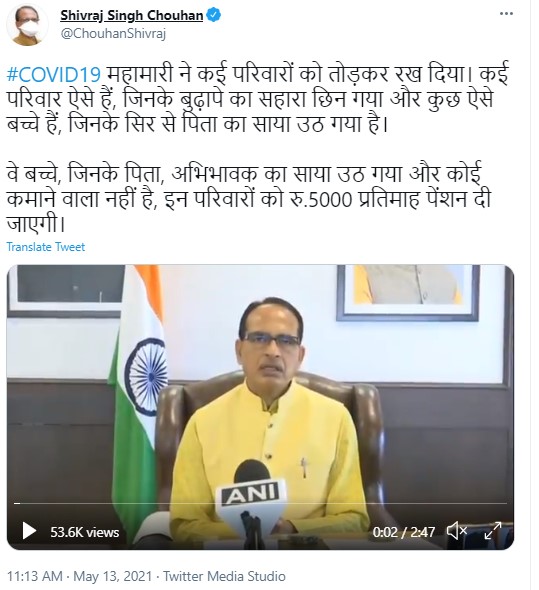 Other Initiatives taken by MP Government

The MP State Protection of Child Rights Commission member, Dr. Brajesh Chouhan cited two incidents to explain the matter, “Two twin sisters, aged five had lost their parents within five days in Barkheda Pathani area of Bhopal. At present, they are living with their maternal uncle’s family in old Bhopal’s Budhwara locality. Similar to this case, a 12-year-old boy, whose father was a pani puri seller, had died of COVID in Indore’s Nanda Nagar locality a few years after mother’s death.”

Not far behind Delhi and Madhya Pradesh, Chhattisgarh Government has also announced to fund the education of the children who have lost their sole breadwinner of the family to COVID. Along with assisting the students with their education, the state government will also ensure priority admissions of these children in state-run schools.

The State Government has also decided to launch the `Chhattisgarh Mahtari Dular Yojna’ to secure the future of COVID-stricken children.

Under this scheme, the CMO of Chhattisgarh will provide the orphaned students (from Class 1 to Class 8) a monthly stipend of Rs. 500 and Rs. 1,000 per month for students in Classes 9 to 12. The stipend amount will be entitled to the children studying in both government and private schools.

Seeing this humane effort from these three states, other states like Jammu and Kashmir have also decided to offer a special scholarship to students who have been orphaned due to the COVID-19.