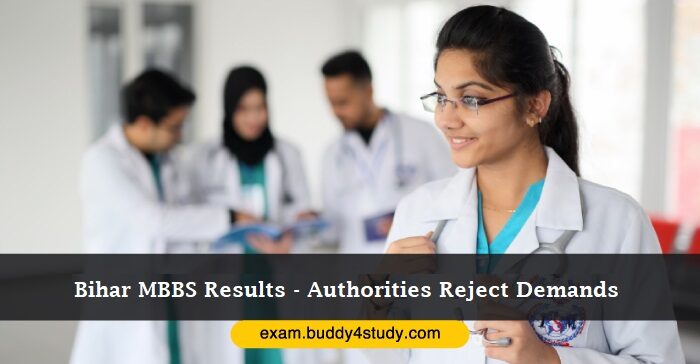 Almost 40% of the first-year MBBS students from nine medical colleges in Bihar have failed to clear the MBBS exams this year. The first-year MBBS results which were declared last week on August 30 showed that out of a total of 1,172 students who appeared for the offline exams conducted by Aryabhatta Knowledge University (AKU), 447 failed, most prominently from 2 colleges in Bihar –

Note: Examinations for the first-year MBBS students’ of 2019 batch was conducted in March 2021 after getting delayed by 3 months due to the pandemic.

Shortly after the results were declared, students took to the streets and met the Vice-Chancellor of AKU Prof. Surendra Pratap Singh to demand promotion to the next year on the basis of their performance in internal examinations. However, citing a lack of such a provision in the National Medical Commission (NMC), the authorities outrightly rejected the demands.

The student wing of Indian Medical Association (IMA) also urged the authorities to re-evaluate the marksheets. As per the student wing, the students faced several difficulties while writing the exams. They further reported that while the education to MBBS students was imparted online (due to COVID-19), the exams were held offline.

Further, students informed the media that the quality of online education was dis-satisfactory and the exam pattern of the offline examination was changed without intimation, affecting their results adversely.

However, the Exam Controller of AMU Rajiv Ranjan has told the media that there is no provision for conducting a re-evaluation at such a large magnitude.

The Controller of Examinations has informed that the Aryabhatta Knowledge University or AMU has allowed the 447 failed first-year MBBS students of Bihar to write the second supplementary examination, which shall be conducted from September 27 onwards. “They (students) are filling up forms for this examination,” added Ranjan.