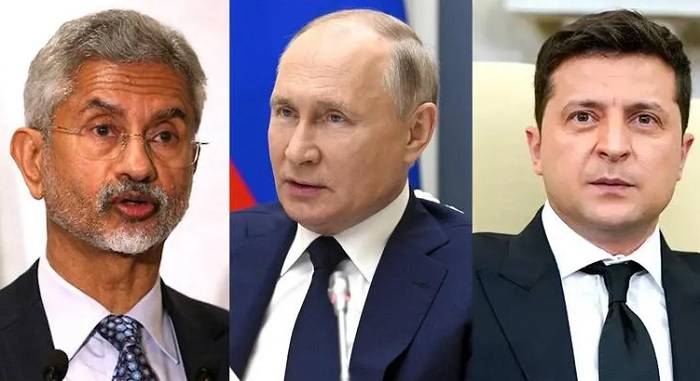 New Delhi, 8 March 2022 – The Government of India has not yet taken any sides in the ongoing Ukraine–Russia war. This is why India is serving as an unofficial mediator between the two countries. In a phone call between PM Modi and President Putin on Monday (7 March), the Indian PM has called for a “direct conversation” between the leaders of the two countries. Modi believes that a solution for the ongoing crisis can only be reached by a conversation between President Volodymyr Zelensky of Ukraine and President Vladimir Putin of Russia. He has had the same conversation with the Ukrainian President as well.

As per a statement issued by the Indian government, “Prime Minister Modi welcomed the ongoing negotiations between Russia and Ukraine and expressed hope that they would lead to a cessation of the conflict. He suggested that a direct conversation between President Putin and President Zelensky may greatly assist the ongoing peace efforts.

PM Modi was “deeply concerned” about the situation in Ukraine and talked to the leaders of both the nations. President Zelensky thanked India for supporting the Ukrainian people with humanitarian assistance, while the Russian President informed PM Modi about Moscow’s decision to impose a ceasefire in four of Ukraine’s cities to help with the evacuation of Indian students.

However, Putin added that Ukrainian “nationalists using force and different kinds of provocations, continue to prevent the evacuation of civilians, including foreign citizens, from the battle zones”.

With 700 Indian students still stuck in Sumy, PM Modi spoke to Putin and Zelenskyy for the safe evacuation of these students. According to a Russian statement, PM Modi has said India was ready to provide any possible assistance to resolve the conflict as soon as possible. However, reports from the war zone note that Kyiv has not agreed to the ceasefire because it wanted civilians to be taken to a safe zone in Ukraine and not evacuated to Russian territory.

Many students are also reporting about ceasefire violations from the Ukrainian Military. A 4th-year medical student of the Sumy State University – Mohamed Mahtab Raza – told Times of India that “some students had left in buses arranged by Indian officials in the morning but they returned to their hostel campus after a short while apparently because of ceasefire violations.”

Indian officials are now awaiting confirmation from both sides that the ceasefire will hold while the students are being transported out of the war-torn country.

For the latest updates on the Ukraine–Russia crisis, please follow Buddy4Study.