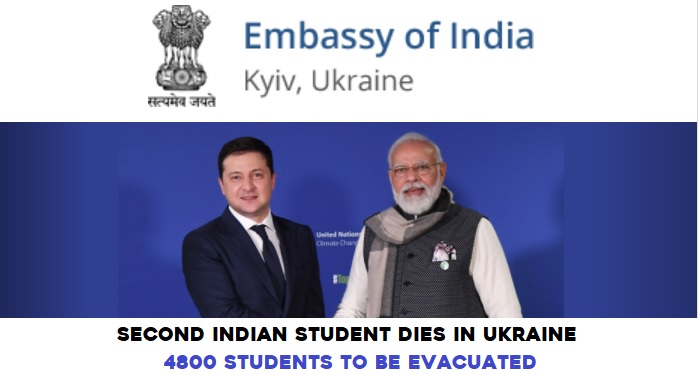 New Delhi, 3 February 2022 – One day after Naveen Shekharappa, a 21-year-old student studying at Kharkiv National Medical University of Ukraine, lost his life due to the war, the Ukraine-Russia crisis has claimed the life of yet another Indian student.

The deceased is identified as Chandan Jindal, a native of Punjab (India), who was studying at the Vinnytsia National Pyrogov Memorial Medical University. According to media sources, Chandan’s health condition was already deteriorating due to the ongoing war. On March 2, he suffered an Ischemic stroke and was admitted in Emergency Hospital Vinnytsia (Kyivska street 68). However, the stroke proved fatal and ended up taking his life.

Ministry of External Affairs (MEA) Spokesperson, Arindam Bagchi, confirmed the news and noted that, “his [Chandan’s] family members are also in Ukraine.”

Chandan’s father has written to the Government of India to make arrangements for bringing back his son’s body. This is when the Central Government is also making efforts to bring back the body of Naveen Shekharappa, a student from Karnataka who was killed in Kharkiv on 1 March 2022.

The Indian embassy in Ukraine has issued an advisory, asking all Indian nationals to leave Kharkiv immediately and reach the settlements of Pisochyn, Bezlyudovka, and Babaye by 1800 hours (6 pm Ukrainian time).

The advisory reads, “Must leave Kharkiv immediately, proceed to Pisochyn, Bezlyudovka & Babaye as soon as possible. Must reach these settlements by 1800 hrs (Ukrainian time) today.” 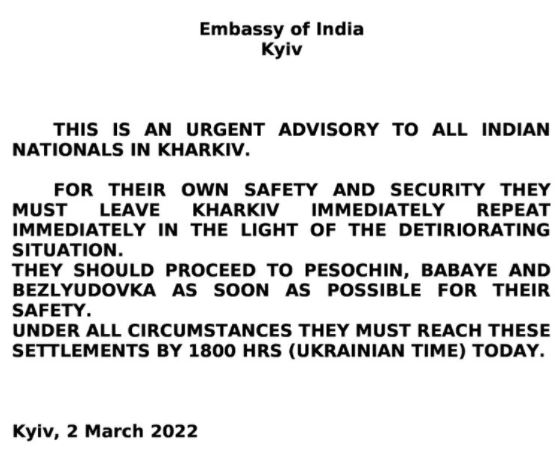 4800 Indian Students to be Evacuated from Romania

Apart from that, the Government of India will be evacuating around 4800 Indian students from Bucharest and Suceawa (in Romania) through 24 flights between Wednesday and Friday.

Aviation Minister Jyotiraditya Scindia, who is in Bucharest to help evacuate Indian students, noted in this regard, “I will be there till the last student leaves from Siret. There are around 3000 Indian students in Bucharest and 1000 students in Siret right now. Around 1000 more students are expected to come through the Siret checkpoint. The government hopes to send them safely back to India within the next three days.”

As per the plan shared by the minister, Indian students will be evacuated in the following way:

Note: India has been evacuating its citizens through flights from Ukraine’s western neighbours like Hungary, Romania, and Poland as the Ukrainian airspace has been shut since February 24.