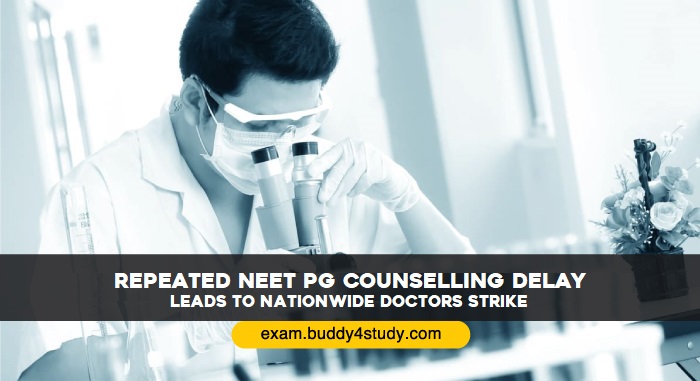 Taking to social media platforms, numerous young doctors have expressed their disappointments regarding the NEET PG counselling dates being postponed time and over again. They have taken to Twitter with the hashtag #ExpediteNeetPGCounselling2021 and called for an immediate decision to fix the dates.

Sharing the same thought and supporting the doctors unanimously, FORDA India has published an official notice, which reads, “The already overburdened and exhausted Resident Doctors of the nation fighting at the frontline since the beginning of the COVID-19 Pandemic, have been waiting patiently till-date for some positive outcome of Supreme Court proceedings in the matter of already delayed NEET-PG 2021 counselling. However, there seems to be no respite to their physical and mental distress, with the next court hearing scheduled on 6th January 2022.”

The official statement further read, “We hereby urge upon the union government and the Supreme Court of India to take note of the grievance of resident doctors and take necessary measures for expediting the NEET-PG 2021 Counselling as well as admission process and to fast-track the court proceedings on an urgent basis.”

What is the Reason Behind the Delay in NEET PG Counselling?

On 21st October 2021, the court had advised the Centre to revisit the limit of INR 8 lakh annual income to determine the EWS reservation category in medical admissions through NEET PG counselling. Expressing doubts regarding the same, the top court had sought responses on specific issues and asked the counselling committee not to conduct the counselling process till it takes a decision.

The Central Government justified the INR 8 lakh limit for EWS on 26th October 2021. Further, in an affidavit, the Minister of Social Justice and Empowerment said that the principle of fixing the amount is rational as per Articles 14, 15 and 16 of the Constitution.

Later, it was decided that the matter would be heard on 23rd November 2021. However, the hearing was postponed to 25th November 2021. The counselling process was delayed after the Supreme Court asked the Centre to put a hold on it. The Medical Counselling Committee’s (MCC) directed the medical colleges to provide 27% reservation for OBC and 10% for EWS in All India Quota (AIQ) for admission to PG medical seats. But the SC expressed doubts regarding the validity of the centre’s decision.

The counselling is further delayed as the court is yet to give a judgement on the rationale behind reservation for the OBC and Economically Weaker Section (EWS) category for admissions to postgraduate medical courses. As per sources, a decision on the EWS quota criteria is expected to be taken within 4 weeks. As per the latest report, the next Supreme Court hearing is scheduled for 6th January 2022.