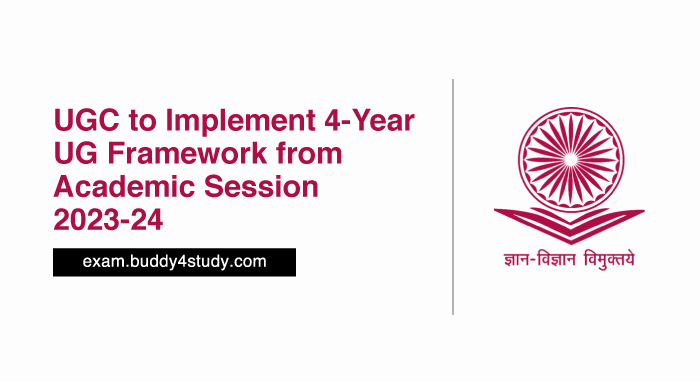 23 November, 2022, New Delhi: The University Grants Commission (UGC) has approved the four year undergraduate programme (FYUGP) framework that will be implemented in all the Higher Educational Institutions (HEIs). The academic framework will be executed from the next academic session of 2023-24.

The detailed information about the scheme of four-year undergraduate courses will be made public by UGC soon, informed by UGC Chairman in an interview.

“First or second year students in this situation have the choice to enrol in four-year undergraduate programmes if they want. However, it won’t commence until the new session, which will begin in 2023-2024. UGC would also offer different universities the leverage to create their own norms and regulations. In this regard, the academic and executive council of the universities can make necessary rules. If the university so chooses, then the final-year students may also be given a chance to enrol in 4-year undergraduate courses,” said the UGC Chairman.

The salient features of of the newly announced UGC framework for UG courses are as follows:

1. When will the new academic framework be applicable?

Ans. The new framework is going to be applicable from the upcoming academic session i.e. 2023-24.

2. Will it be compulsory for all the students to take admission into the four year undergraduate programme from the next academic session?