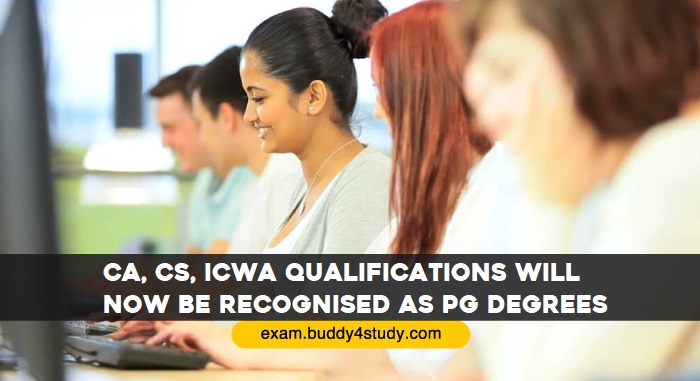 Based on the representation made by the Institute of Chartered Accountants of India (ICAI), the UGC has decided that the students who qualify the Chartered Accountant (CA), Company Secretary (CS), or Cost and Works Accountant exam shall now be treated equivalent to post graduate degree holders. 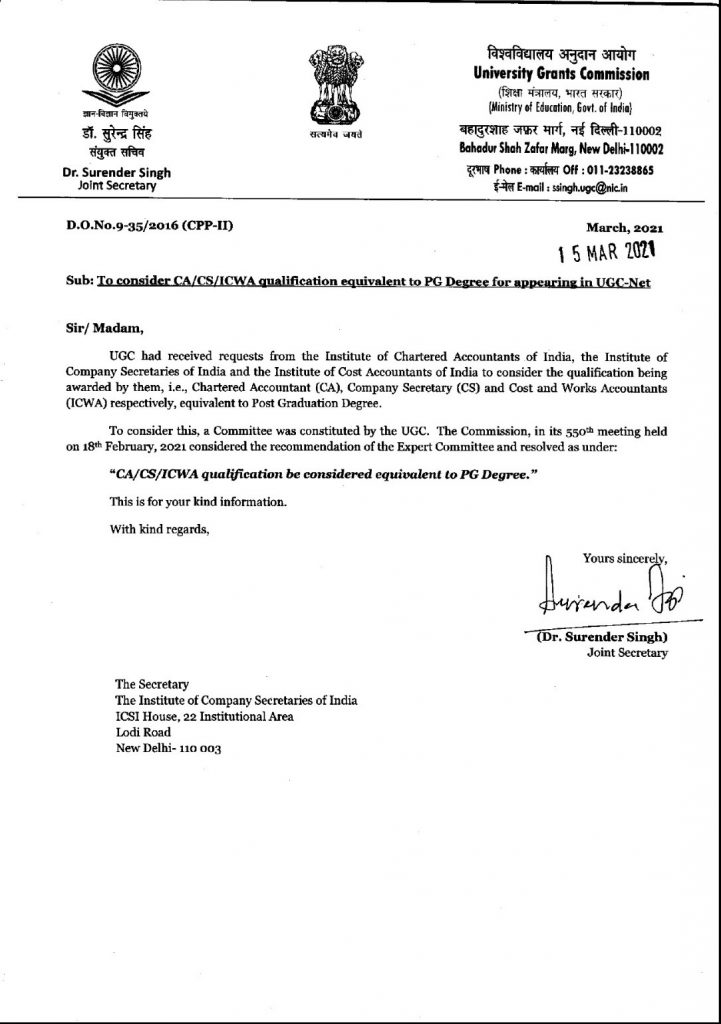