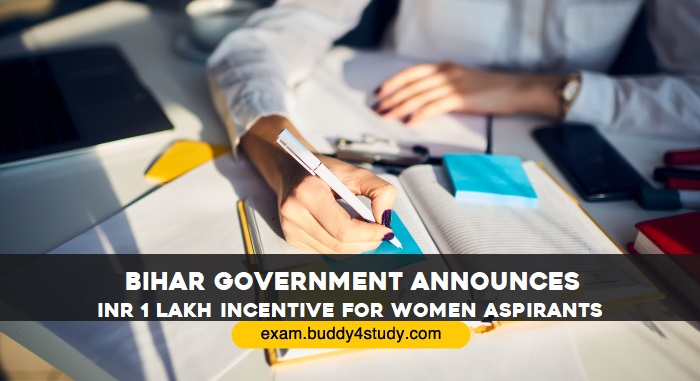 New Delhi, 15 November, 2021: Bihar government has recently announced that general category women aspirants of central and state civil services examinations (UPSC and BPSC) will be entitled to receive INR 1 lakh as an incentive after clearing the preliminary exams. The government has started this scheme to encourage the women belonging to Bihar to appear in the Union Public Service Commission (UPSC) and Bihar Public Service Commission (BPSC) exams. The government will keep track of all women candidates who qualify the preliminary phase of civil services exams and directly transfer the appropriated amount to the bank accounts of the qualifying candidates.

The BPSC initially began its functioning for the state of Bihar with its headquarters at Ranchi. The state government decided to shift the headquarters of the commission from Ranchi to Patna and it was finally shifted to Patna on March 1, 1951.