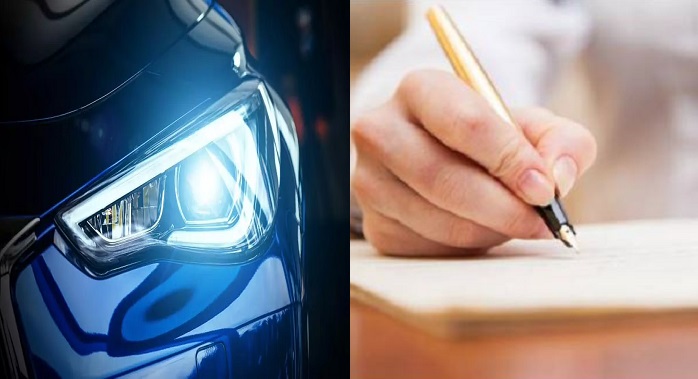 New Delhi, 3 February 2022 – Around 400 students of the Maharaj Harendra Kishore College (Motihari, Bihar) had to give their Class 12 exams in the dark with the help of car headlights, due to the late arrival of question papers and lack of proper lighting in the classroom.

The issue happened on 31 January and has created a stir of controversy in Bihar. Due to it, the East Champaran District Magistrate – Shirshat Kapil Ashok – has put the centre superintendent of the college under suspension.

The issue began when students gathered to take their Class 12 Hindi exam at the Maharaj Harendra Kishore College (Motihari, Bihar). The exam was scheduled to be conducted between 1.45 pm and 5 pm. However, the students received the question papers at 4.30 pm.

Due to the late arrival of question papers and some confusion over seating issues, examinees created a scene at the examination centre and refused to write the papers. As the chaotic atmosphere escalated at the venue, Bihar Police had to be called in from the Chhatauni police station to bring the situation under control.

After calming the situation down, the examinees were requested to take the exam. However, it was already evening by the time the situation settled and there was not sufficient light for the exam to be taken. As students could not take the exam due to a lack of lighting, generators were hired and parents provided light using their cars’ headlights. Then, the 400 students gathered gave their Class 12 Hindi exams by sitting in the college corridor.

The East Champaran District Education Officer – Sanjay Kumar – noted about the issue, “We are looking how and under what circumstances examination started late at the said centre.”

An anonymous investigating officer said that the delay was caused due to mismanagement of seat arrangements of the examinees at the centre.

In addition to that, the Sub-Divisional Officer – Saurabh Kumar Yadav – said, “It was the prime responsibility of the centre superintendent to ensure proper seating arrangements at the centre.”